To start things off, I’ll state that Berat is a beautifully unique city that is well worth checking out. Located about 3 hours south of Tirana, Albania, the only option is to take a $4cdn bus/van to this 2400-year-old Ottoman city. 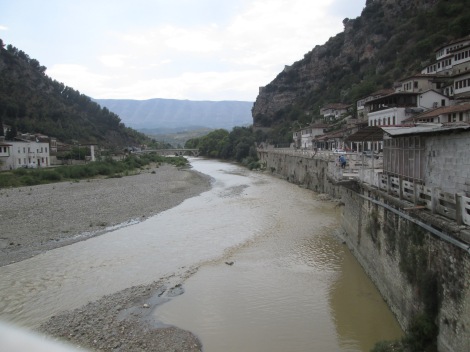 After cruising through town as the bus drops off all of the locals, you will eventually be let out at a seemingly random location. But, it doesn’t matter! Berat is awesome..

The city is home to 60,000 residents but it has a really small town feel to it. There is a river running through the city and houses are built on either side, seemingly stacked upon one another. 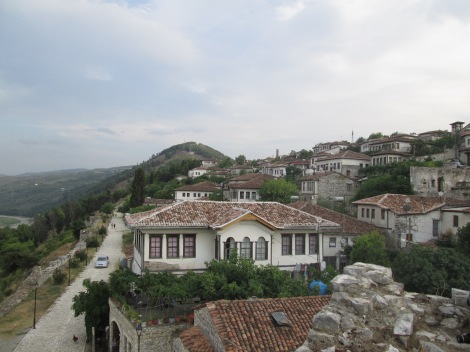 On top of the mountain overlooking the city is an old castle where residents still live to this day! Most of the buildings built inside the fortress were built in the 13th century. 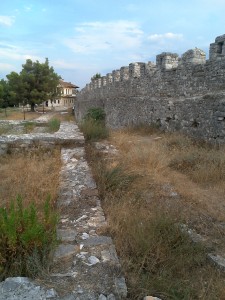 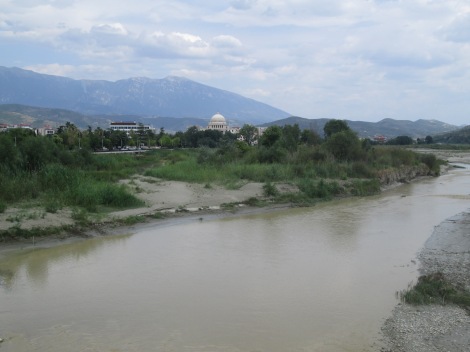 Modern Berat consists of three parts divided by the Osum river. Gorica, Mangalem, and Kalaja. The Mangalem area was included onto the UNESCO World Heritage list in 2008 but I would bet that it isn’t nearly as crowded as many of the other sights on that list. So, get there soon!

Some additional thoughts on Berat:

– As a backpacker, you can comfortably get by on $30-40 Canadian per day. My hostel was $13 and good meals for less than $5 are available everywhere. I even splurged by getting a fantastic $8 meal before buying a t-shirt and I ended up only spending $41!

– In general, the drinking water is supposed to be safe throughout Albania but it tasted a little off to me. I decided to go with bottled water for a few days..