Prizren is the second largest city in Kosovo with a population of 178,000 people. Many consider it to be the most beautiful city in Kosovo, over the capital Pristina, so I chose to take the 3-and-a-half hour bus northwest from Skopje, Macedonia. 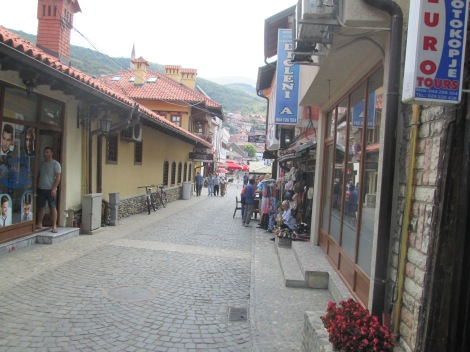 Having little to no knowledge of Kosovo outside of hearing about wars and conflicts with Serbia, I was expecting it to be a pretty rough place. However, upon arriving, it was hard not to notice the insane amount of expensive cars cruising around the city. Audi’s and BMWs seemed to be the norm in Prizren! I asked the owner of the hotel I was staying at (there’s only one hostel, and it was all booked up) if the people of Kosovo were secretly rich but he just laughed and told me that there was an international film festival going on.

So, long story short! Due to there being a major international film festival held in Prizren during my stay, along with me coming down with a type of stomach illness which kept me from exploring too much, I can’t really say I got a great grasp of the city.

But, I did notice a few interesting things. Prizren is made up almost entirely of ethnic Albanians and the Albanian flag is more common than the actual Kosovo flag throughout the city. 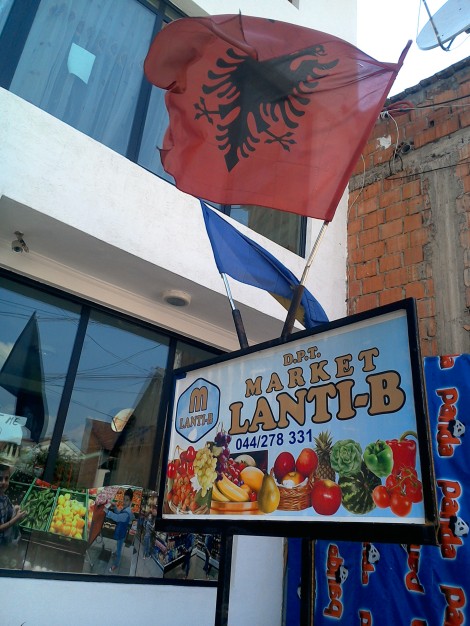 The American flag is also very common and I would estimate about 1 in 4 people were wearing some type of clothing with the American flag on it. There is also a massive Bill Clinton statue in Pristina and during the bus to Prizren, we passed an old worn down Bill Clinton sports plex. The guy is a legend in Kosovo! 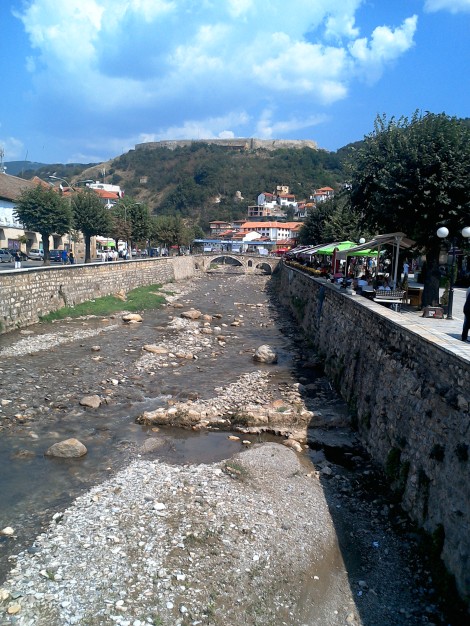 Overall, my stay in Prizren was a little too brief to get a good grasp of the city. It didn’t strike me as a place that needs more than a few days to explore and it doesn’t really have any intrinsic beauty to it. BUT it’s a little gritty, a little off the beaten track, and a place that doesn’t see many tourists. There’s definite value in checking out the supposed undesirable destinations.

After visiting every country in the former Yugoslavia, it is easy to come up with a few common themes. However, the main thing that pops out to me is the general love displayed towards Tito, the man who ruled Yugoslavia for 35 years. I couldn’t find one person who had a bad thing to say about Tito and it seems like the older generation thinks very fondly of the past Socialist times.

Citizens had a high standard of living, everything they needed and they could travel freely to anywhere in the world without even needing visas. (Except for North Korea, China, South Africa and Albania) This was a dramatic difference from other Communist countries of these times, where travel was usually restricted or banned completely.

Once Tito passed away in 1980, it didn’t take long for Yugoslavia to begin to falter. In about 10 years Yugoslavia broke up and the Balkan region was changed forever. Kosovo was always the poorest region in Yugoslavia and they continue to remain the poorest country among the former republics to this day.

Nevertheless, go there! Especially if you love Bill Clinton..