Split is the 2nd largest city in Croatia with a population of 180,000 and it is a very popular tourist destination. The city itself is extremely beautiful (especially the old town) and it is located in a convenient section along the Adriatic. Split is the main jumping off point for the islands as there are frequent ferrys to Hvar, Braĉ, Šolta, Vis, Korĉula and Lastovo.

Split is roughly a 2 hour bus from Zadar to the south, 3 hours north of Dubrovnik, Croatia, and a 4 hour bus to Mostar, Bosnia and Herzegovina.

While it is becoming quite touristy and it can be somewhat of a party location in the summer, Split is still definitely worth visiting. The beaches are pretty nice if you’re into that. If not, the old town rivals any of the best old towns throughout Europe! 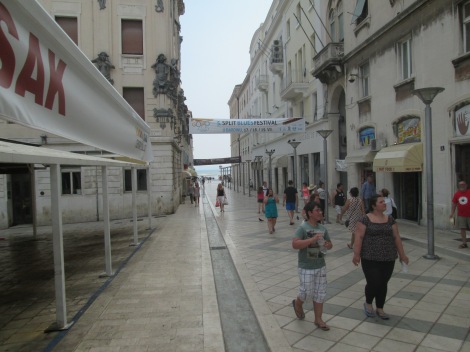 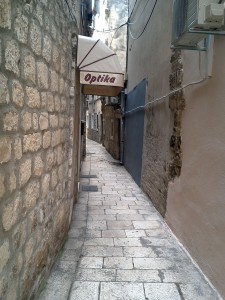 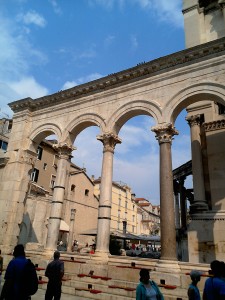 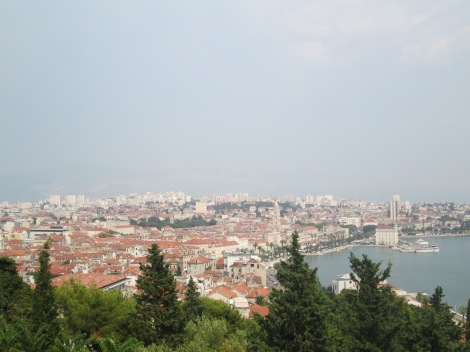 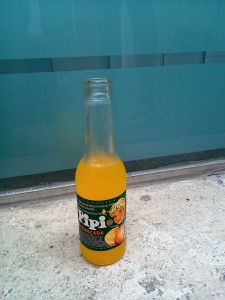 * the famous drink that is apparently only available in Split. Unless you’re into Fanta, I’d probably avoid it..

Split calls itself the ‘sportiest city in the world’, as pretty much every sport is common here; from football to windsurfing. Many of Croatia’s top athletes were born in Split, including : Toni Kukoĉ (NBA champion with the Chicago Bulls) who famously ate a massive buffet and drank a glass of wine before each game. Also, Wimbledon champion Goran Ivaniševiĉ, famous for his crazy temper tantrums, was born and raised in Split. Talent and character!

Overall, Split is definitely worth visiting but expect to see plenty of tourist crowds and higher than normal pricing. It is a beautiful city that should be more than a stop-over on route to the islands!