So first off, Bosnia and Herzegovina are divided into two sections.. They are called, as you may have guessed, Bosnia (the northern part of the country) and Herzegovina (the southern part). Mostar is considered the capital or the centre of Herzegovina but it doesn’t appear to be anything too official and there aren’t any distinct borders separating Bosnia from Herzegovina.

When looking at the country as a whole, it’s hard to ignore the importance that different ruling groups have had throughout Bosnia’s history. I’ll do a brief run down to hopefully make it a bit clearer..

It was first settled by the Slavic peoples from the 6th to 9th century before becoming an independent Bosnian state until the 14th century. At this point, it was overtaken by the Ottoman Empire for about 400 years up until the 19th century. *The Ottoman Empire introduced Islam into the region and this still plays a predominant role to this day*. After being part of the Austro-Hungarian Monarchy up until WW1, Bosnia and Herzegovina were part of Yugoslavia up until it’s dissolution in 1991. It proclaimed it’s independence in 1992, and after 3 years of fighting, Bosnia and Herzegovina officially became independent in 1995. Deep breaths!

Nowadays, Boznia and Herzegovina are divided into 3 different ethnic groups. 45% of the population identify religiously as Muslim, 36% identify as Serbian Orthodox and 15% identify as Roman Catholics.

Ok. Hopefully that wasn’t too boring of a history lesson. Now, on to Mostar!

Mostar is located in the south-west region of Bosnia and Herzegovina, about 60km from the Adriatic Sea. It is a 5-hour beautiful bus ride from Split, Croatia and about 2-and-a-half hours from Bosnia’s capital, Sarajevo, Bosnia and Herzegovina. This also happens to be a gorgeous drive through the Bosnian mountains. 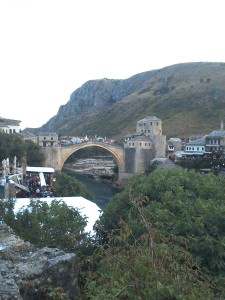 * the famous Old Bridge of Mostar. It was built in 1566 and included in the UNESCO World Heritage list in 2005. 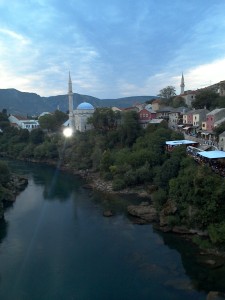 * overlooking the city from the bridge. 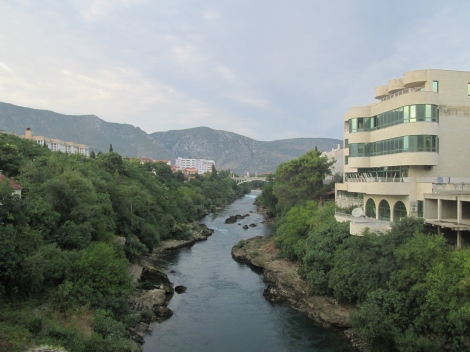 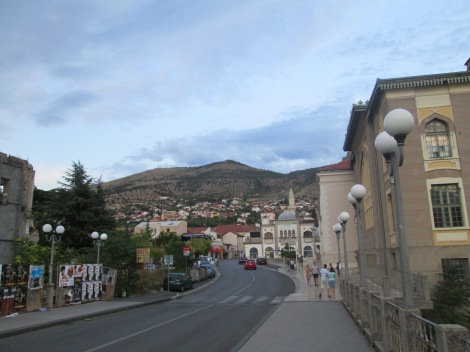 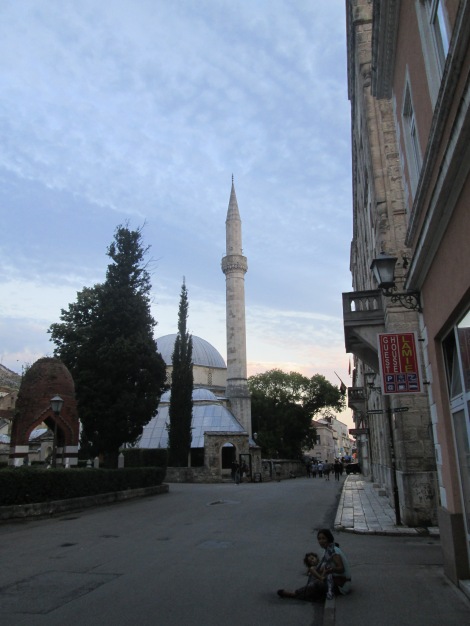 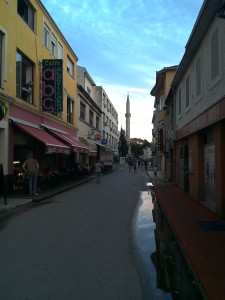 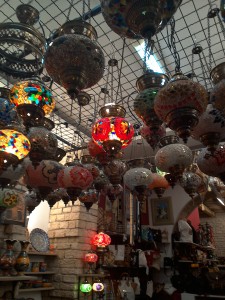 * inside one of the many shops located in old town.

Mostar has a complete urban infrastructure, road and railway transport and an airport. It also contains many beautiful parks, museums, mosques and cafés.

I would recommend spending 2 days in Mostar. The city itself is very small (113,000) and everything is located in the general area of old town. It is a really peaceful place and despite it’s beauty, scars from the Bosnian war are still evident in the form of bullet holes and completely destroyed buildings. Mostar is a nice mixture of being a quaint tourist city while still showing signs of authenticity.

The surrounding area of Herzegovina is also worth seeing and I’ll be taking a look at a few cities in my next post! Herzegovina region, Bosnia and Herzegovina.

2 responses to “Mostar, Bosnia and Herzegovina”