This post will briefly look at a few of the areas I visited in the Herzegovina region which is located in the south-west portion of Bosnia and Herzegovina.

Located 40km south of Mostar, Bosnia and Herzegovina, the Kravice falls are pretty awesome to see. However, there are pretty much no transportation options besides hitchhiking or hiring a taxi, so the Kravice falls aren’t the easiest to get to. Luckily my hostel offered a ride so I was able to spend a few hours swimming and relaxing by a mini version of the Plitvice Lakes, Croatia. 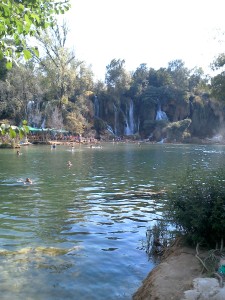 Located about 25km south-west of Mostar, Medugorje has recently become overrun with visitors after 6 children claim to have seen the Virgin Mary on the surrounding hillside in 1981. It is now a world-famous pilgrimage site that has been compared to Lourdes and Fatima. 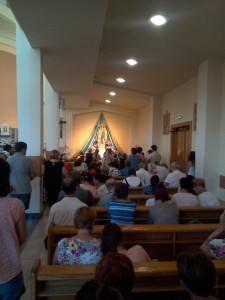 Located on the Buna river where water springs out from underneath a 200 meter high cliff. The main attraction is the Dervish House which was built in the 16th century by the Ottomans. The house is located right on the crystal clear river and everyone drinks directly from this source! 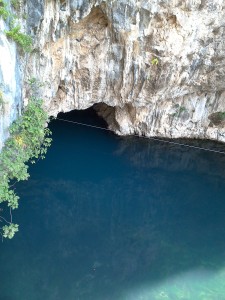 One response to “Herzegovina region, Bosnia and Herzegovina”