Formerly the capital of Yugoslavia and currently the capital of Serbia, Belgrade has been an important city throughout many different empires. In fact, it has basically been conquered and controlled by virtually every empire since the Romans took it over in the 2nd century!

Located in the northern region of Serbia, it can be argued that Belgrade sits in one of the most desirable destinations anywhere in Europe – the intersection of two major rivers. In fact, when on top of the fortress, you can see where the Danube river and the Sava river intersect.

Belgrade is such an interesting place. It’s one of those cities where you can just sort of feel the history while getting a good vibe at the same time, similar to Berlin. However, when walking around, you don’t see many incredible sites or buildings that necessarily ‘wow’ you. Belgrade has been destroyed 38-40 times throughout its history (the most recent destruction occurred during the NATO bombings in ’99), so to find a really old building in the city is very rare. 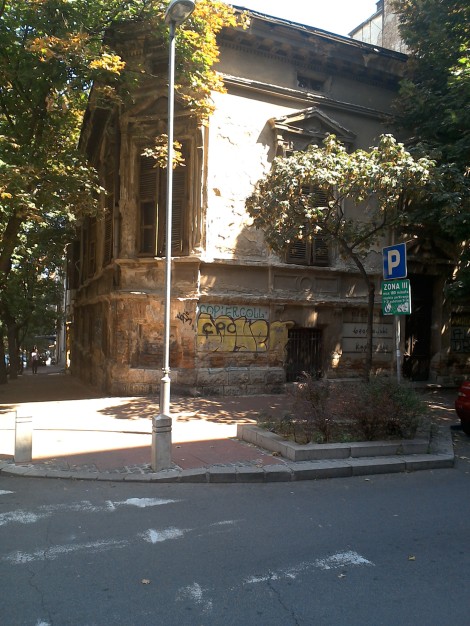 This inconspicuous building is one of the oldest in Belgrade, surviving many bombings.

Anyone know who this is? 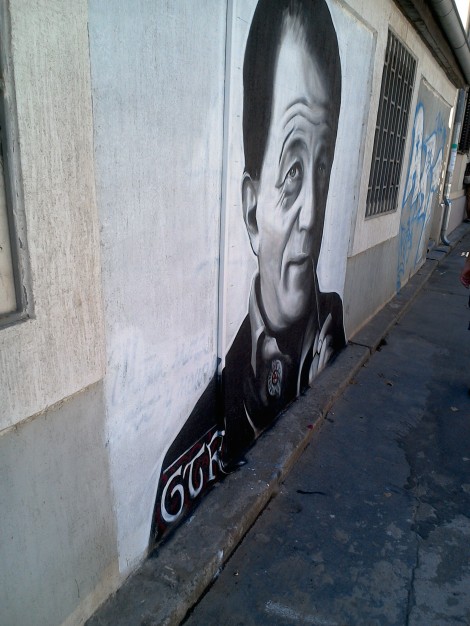 One of the most important sites in Belgrade, the old fortress overlooks the city and the two rivers (Danube and Sava). 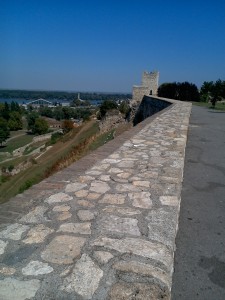 – Rakija is a type of brandy that is distilled with fruit and it’s extremely common throughout the Balkan region. Some popular types of Rakija include: lemon, honey, cherry and Serbia’s favourite, plum!

– According to…themselves, Serbians are the biggest producers of plums and the biggest consumers of Rakija in the world. I don’t doubt the Rakija part as we were even given a shot of the honey version on our 11am walking tour…

– Maybe the drinking culture was taken to a new level in the ’90s when inflation became so bad that everyone became billionaires. And not the good kind. These bills (below) were virtually worthless and it was costing more money to print them, than what they were actually worth. Depending on what the inflation rate was each day, a 500 Billion Dinar note might not have been enough to even buy a loaf of bread or a few eggs. But it does look like a pretty cool keepsake 20 years after the matter! 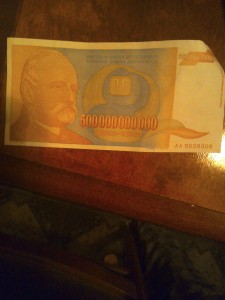 – One more thing. If someone in the Balkan region tells you they can speak 4 different languages, you might want to be a little wary. Although they have different names; Serbian, Croatian, Bosnian and Montenegrin are virtually all the same language! Out of the former Yugoslavian countries, only Slovenia and Macedonia are noticeably different.

I came into Belgrade with extremely high expectations and I left with some mixed feelings. First, I was a little underwhelmed from a site-seeing perspective as there wasn’t a whole lot that really stood out in my opinion. However, I feel as if Belgrade would be a good city to live in and it would be easier to gain an appreciation of it, if you spent some real time there. Not just a few tourist days wandering the streets..

So, in conclusion, I’m still rather undecided about Belgrade. On the one hand, I love its lively pace, its fun energy, and the historical greatness surrounding the city. On the other, it is, in a way, just another big city that doesn’t have anything too special to see AND if you really want to party, a docked boat by the water isn’t a necessary feature…

But, who knows. I guess I’ll just have to go back..