With more than 24 million people, Shanghai is the most populous city in the world. A global financial centre and major shipping port, Shanghai saw an intense re-development during the 1990s. In fact, the tallest building in the early 90s was a 24-floor hotel built in 1934. Nowadays the iconic Shanghai skyline is one of the top things to see – highlighted by the 128-story Shanghai Tower. 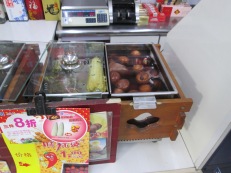 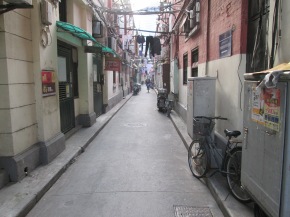 Although Shanghai can be pretty overwhelming, it’s not impossible to find areas lacking crowds.

And despite Shanghai being a major international city, there are a huge number of scooters ripping around on both the street and sidewalk. It’s pretty reminiscent of SE Asia at times.

On to Tianzifang (below), which is an artsy district that transformed old residential buildings with stone doors (Shikumen) into lanes of stores, cafes, and restaurants. The old buildings are still intact and the area is an impressive blend of cultures from different centuries.

Tianzifang is filled with specialty shops, like this tea house below, and you’ll find things here that you won’t find in other areas throughout China!

Xintiandi (below) is a nice car-free area with many shops and restaurants. The main highlight of this district is a conveniently located park which allows you to escape the hustle and bustle of 24 million people! 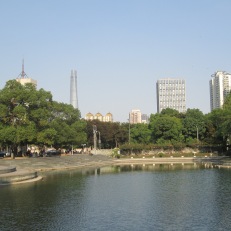 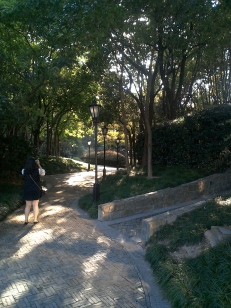 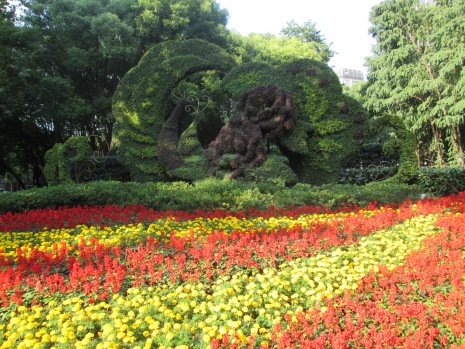 However, you probably don’t want to plan on living in Xintiandi as apartments are more expensive than anywhere else in China. Some places cost more than in New York, London and Tokyo as this area is home to Chinese elite and expat executives!

Overall, visiting Shanghai isn’t overly expensive but it does cost a little more than other major Chinese cities. A good hostel in Shanghai will go for about 80-100 Yuan ($17-20 cdn) and you can generally find good meals for $3-7 cdn.

While Shanghai isn’t a city full of amazing sites to see, the most populous city in the world should be on everyone’s bucket list when visiting China! The sheer size and number of high-rise buildings is pretty staggering and it’s definitely a city that doesn’t stop moving. Shanghai combines a souped-up modernity with past customs and traditions. It becomes easy to see the craziness of present day China while still getting to appreciate the ways of life that were common many years ago!