Located just over the Panama border in south-eastern Costa Rica, Puerto Viejo is a small surfing village that is very popular among tourists.

It is also known in the surfing community as having the biggest wave in Costa Rica, called ‘Salsa Brava’. 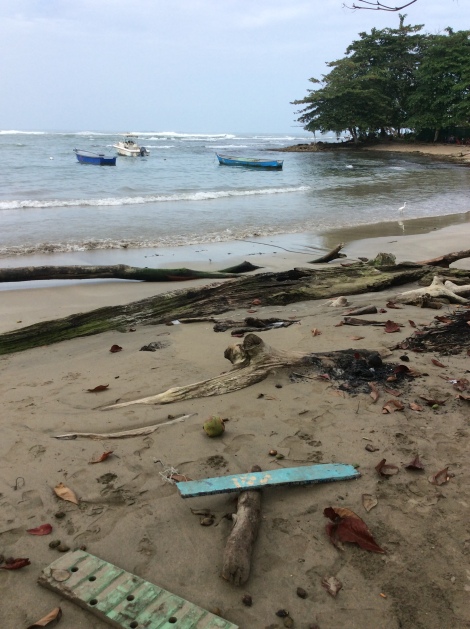 Formerly an Afro-Caribbean English speaking town called Old Harbour, Puerto Viejo is now predominantly Spanish speaking but it is an easy place to get by without knowing any. 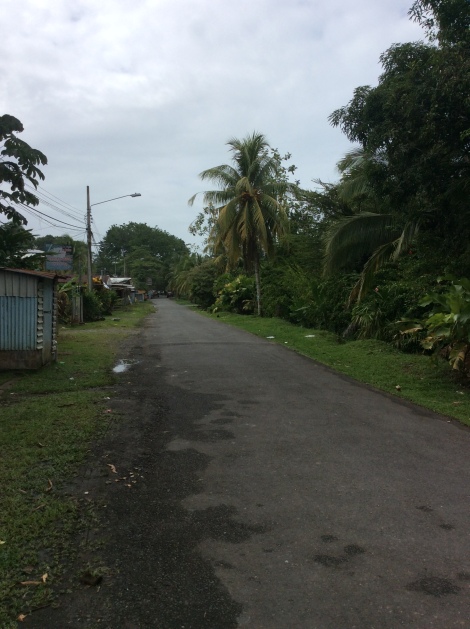 The above pictures show a little of the small laid-back community which can be fully explored in just a few hours!

If you’re spending a few days in Puerto Viejo, I recommend renting a bike to go explore one of the nearby national parks like Cahuita or Manzanillo. Just 12km away, Manzanillo is a fairly easy bike-ride that allows you to get a better grasp of the surrounding area.

Once you arrive, you’ll be treated to amazing beaches.. 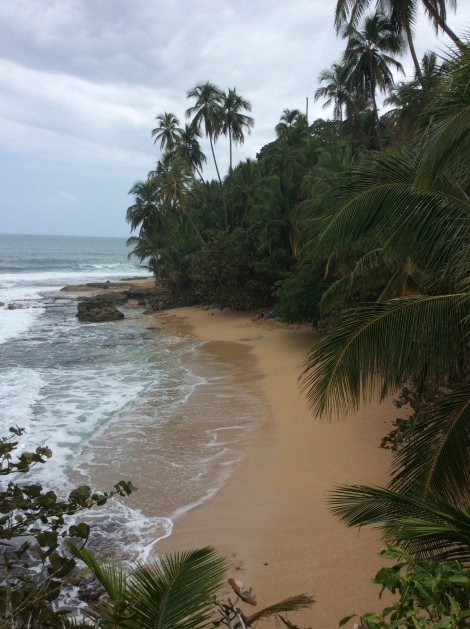 .. alongside the Costa Rican jungle!

The entire national park takes a few hours to walk around and it’s pretty straight forward despite the absence of trail markings. While there wasn’t a whole lot of wildlife, I did see many red frogs and an alarming amount of spiders.. But the incredible trees are definitely the main draw in my opinion!

Puerto Viejo is a sleepy village during the day with a lively party scene at night. The steady reggae music, wafts of marijuana and developed tourist culture can understandably put off some people. However, there is no denying the overall beauty of this area in Costa Rica! Hostels can be found for around $20US and meals less than $7US are difficult to come by – so surviving on a tight budget can be a difficult task.

Ultimately, I enjoyed my stay in Puerto Viejo and I would recommend staying for 2 days unless you are into surfing/want a good part scene!

Pure Vida ! (The literal translation means something like ‘pure life’. You will see and hear this phrase EVERYWHERE in Puerto Viejo)