The capital and largest city of Costa Rica is often an overlooked destination as most visitors simply use San Jose as a transportation hub.

As I made my way to San Jose, located directly in the middle of Costa Rica, I kept hearing the same phrases over and over again: “Skip it, there’s nothing to see”.. or “skip it, it’s unsafe!”. While I generally heed the advice of fellow travellers, I figured the capital city of a popular tourist country can’t be THAT bad, can it?

Maybe it’s because I expected the worst or maybe I subconsciously wanted to prove everyone wrong, but whatever the case may be, I really enjoyed my time in San Jose! 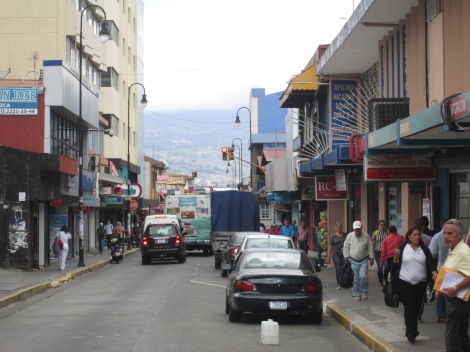 Now, don’t get me wrong. The city is pretty dirty and pollution can be slightly overwhelming in the downtown area, but San Jose is actually considered to be one of the safer cities in the area.

San Jose has a population of 330,000 but there are usually about 1 million people working in the city centre on a day to day basis. The main area of the city is walkable if you’re in reasonable shape – and I’d recommend going around by foot to get a good feel of the hectic parts of the city. And believe me, it’s plenty hectic in the city centre! 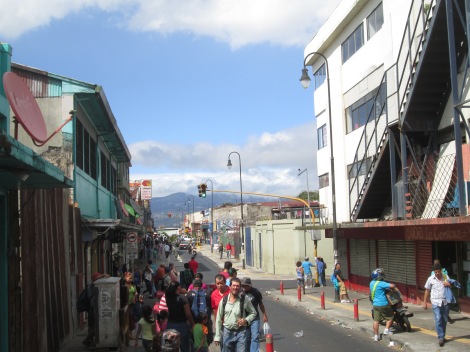 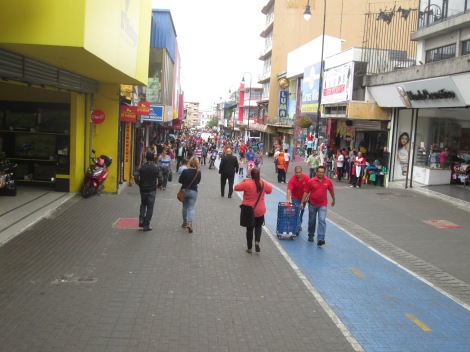 The main street runs the length of the city and it gets absolutely crowded as venders set up shops amongst the established stores. Here you can find just about anything, from backpacks to herbs to fresh fruit – for lower prices than you would in other areas of Costa Rica.

While there aren’t any absolute ‘must-see’ sights in San Jose, there are a few nice spots to check out close to the downtown area.

While San Jose definitely isn’t a beautiful location and it isn’t overly well-maintained, the city has a certain charm that is difficult to explain. Maybe it’s because the city is surrounded by misty mountains which can be seen in the distance, or maybe it’s the graffiti lined streets..

Whatever the case may be, there’s something about San Jose that appealed to me more than other ‘nicer’ areas of Costa Rica (Monteverde, Costa Rica, Puerto Viejo, Costa Rica) and I can’t really explain what that is.

Ultimately, I think San Jose is definitely worth visiting for a day or two. While there isn’t a whole lot to see in the capital of Costa Rica, the city offers a nice alternative to the more touristed areas of the country.

*And if this is your first stop in Costa Rica, pack plenty of snacks if you don’t want to spend $7 USD on a grocery store wrap… One of the cheaper non ‘fast food’ items I could find!

As a bonus, there are some fantastic (and cheap) hostels in San Jose that provide an incredible free breakfast – just one more reason to stick around for a couple of nights : )

SO, if you’re flying in on route to the coast, or are venturing through the country, spend a day or two in the capital of Costa Rica. While San Jose won’t ‘wow’ you with its natural beauty, the city is gritty and charming in its own way – and deserves to be explored!