Granada is one of the most visited cities in Nicaragua and its Colonial style gives it an unmistakable level of charm. Founded in 1524, Granada was named after the Spanish city of the same name. Historically, Granada has been one of Nicaragua’s most important places and there has been a multiple-century long debate with Leon, Nicaragua as to which city is held in higher regard.

Traditionally home to Conservatives while Leon housed the Liberal party, Granada has survived many attempted invasions from pirates (English, French and Dutch) trying to take over Nicaragua. Despite the frequent attacks, some churches are amazingly still completely intact, as they were five centuries ago.

These rooftop views are from La Merced church which dates all the way back to 1539. Minor repairs have been made, but the church is relatively the same as it was roughly 500 years ago. 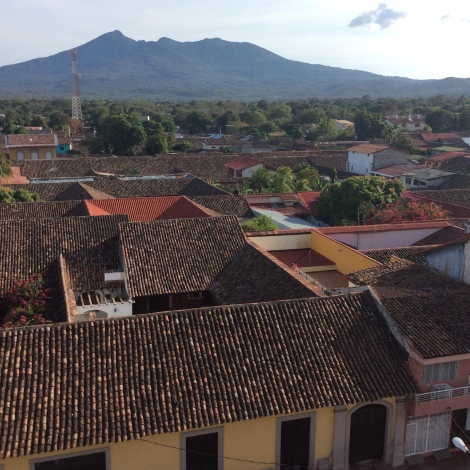 Along with a number of churches to visit throughout the city, Granada is home to a plethora of fantastically colourful houses and bustling streets! 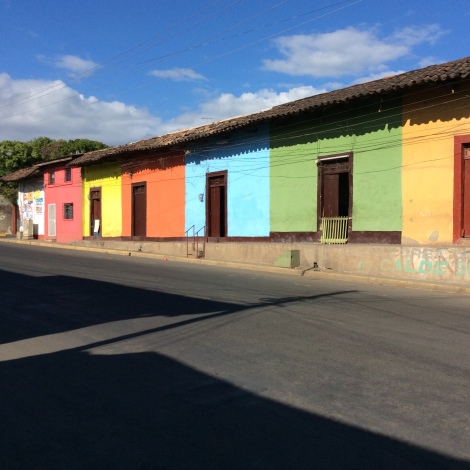 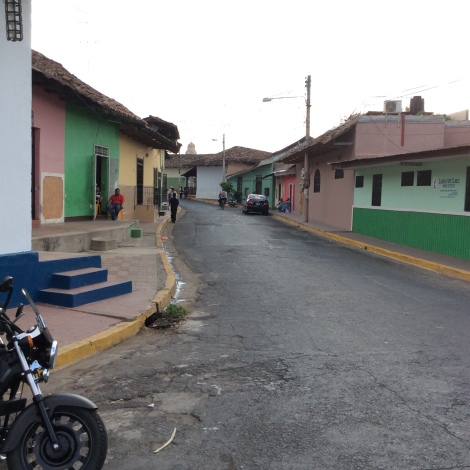 The main street in Granada is completely chaotic as buses weave in and out amongst the people, while venders try to sell you just about anything imaginable. 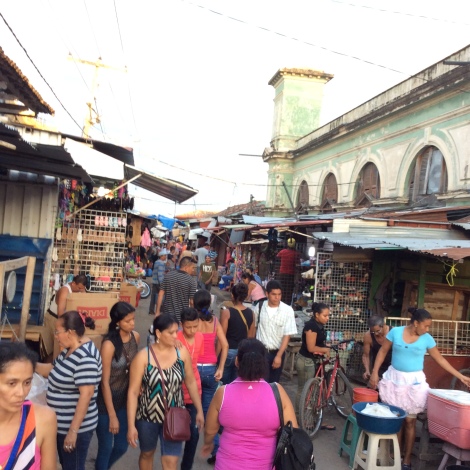 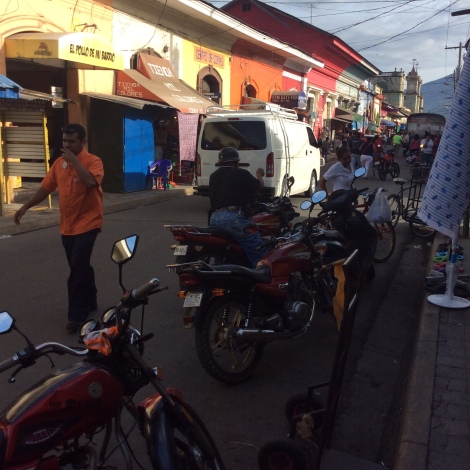 Granada has a very established tourist community and this is made evident by the amount of foreigners walking the streets and a few bars (Riley’s, Kelly’s) which are completely dominated by travellers. It’s definitely a fun city to hang out in for a few days, but the pendulum has started to shift from culturally appealing to just a little too touristy in my opinion.

I don’t say this to demean the city, as it is many people’s favourite spot in Nicaragua for a reason. Just be aware that it may not be as remote/off the beaten path as you may have expected. Great places don’t go unnoticed for long ; )

Located on Lake Nicaragua with volcanoes nearby, Granada’s beauty is enhanced by its impressive surroundings. An obvious must-see, I’d suggest spending 2 days in the city. There isn’t a whole lot to do, but if you’re into churches, you’ll undoubtedly come away impressed! 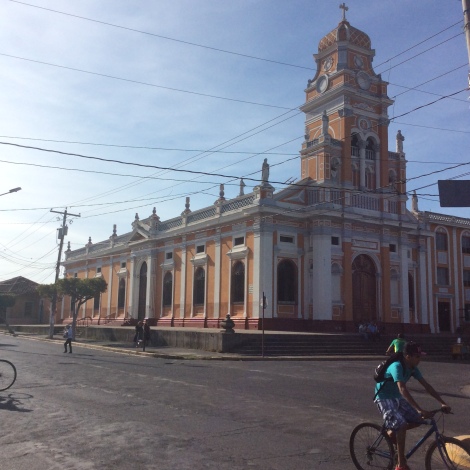 Three hours from Leon, an hour from Managua and about two hours from San Juan del Sur, Nicaragua and Isla Ometepe, Nicaragua, Granada is situated in a very central location. Hop on a dirt cheap chicken bus and enjoy one of Nicaragua’s gems!