Considered by many to be the capital of the Maya’s, Quetzaltenango is where the Spanish conquistador Alvarado, defeated Tecun Uman, the Maya ruler in 1520.

Guatemala’s second city is almost always referred to by its indigenous name, Xela. Now one of the main spots in Guatemala to study Spanish (there are 70 Spanish schools throughout the city), Quetzaltenango has had an interesting yet troubling history. 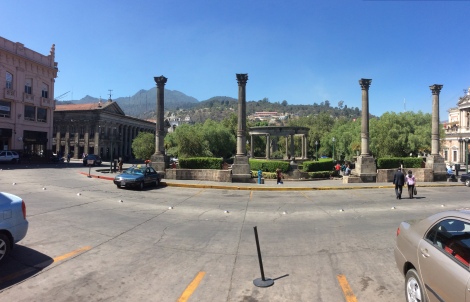 In 1838, Xela declared independence from Guatemala and Quetzaltenango became the capital of the state of Los Altos. Two years later, the government managed to conquer Xela, rejoining it with Guatemala. Since that point, the city has had an ongoing rivalry with Guatemala City and the main public University in Xela is strongly leftist and very influential in the area. 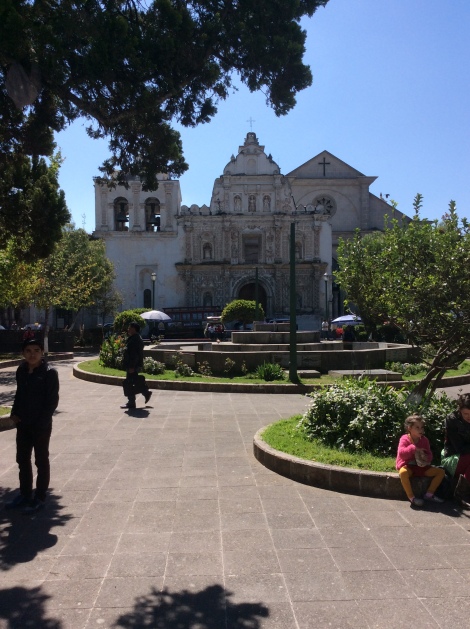 In 1902, Xela was almost completely destroyed when the nearby volcano Santa Maria erupted. Since then, the city has slowly been re-built and it now contributes more to the Guatemalan economy than all but one other city. 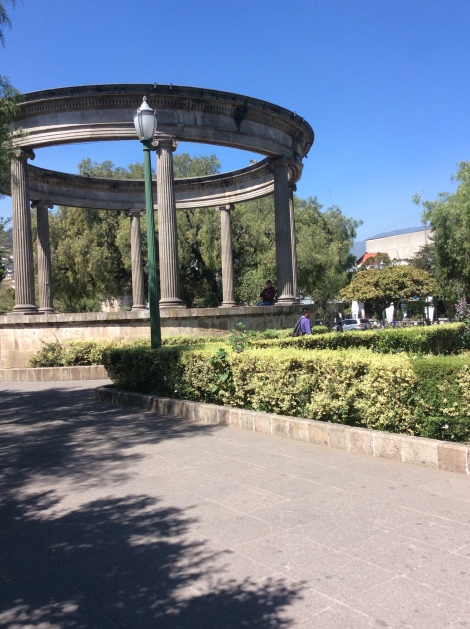 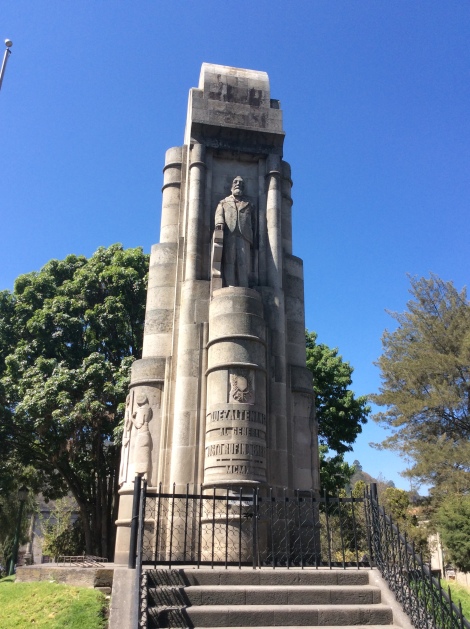 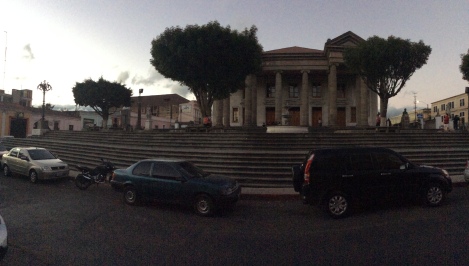 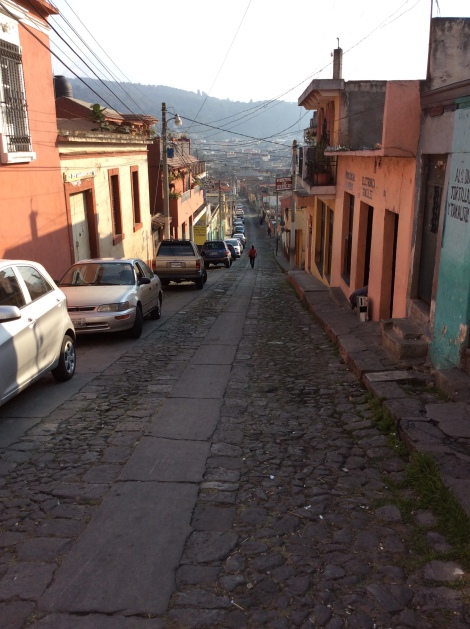 If you’ve never been to a Central/South American cemetery before, make sure to check one of these out. The Xela cemetery is especially impressive! 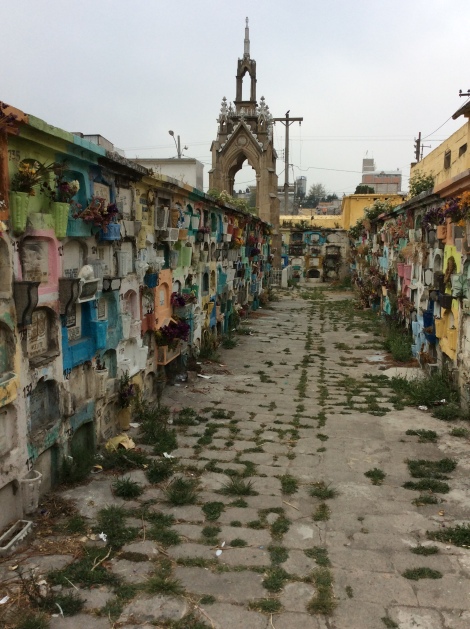 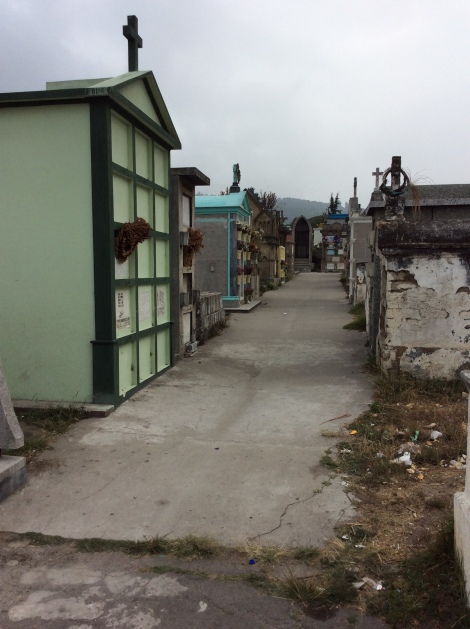 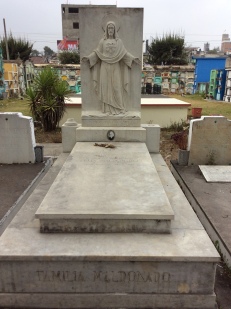 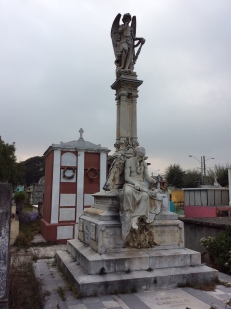 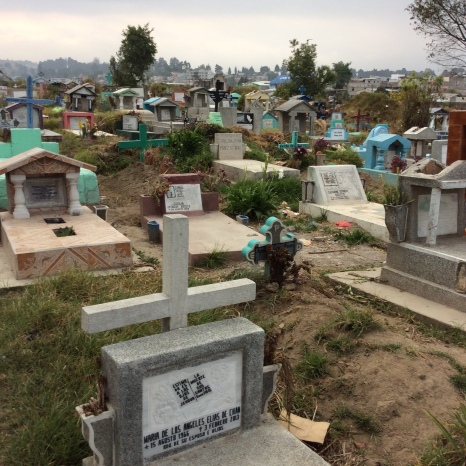 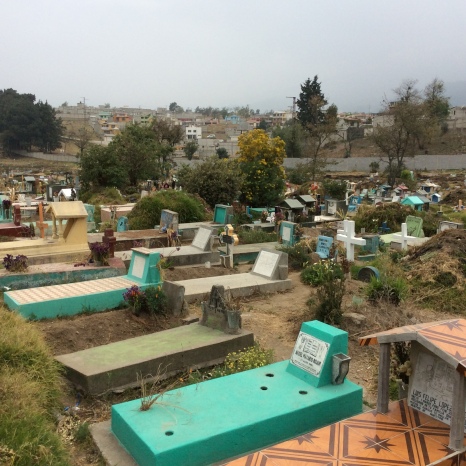 About an hour south of Xela, sitting at the base of a mountain, are the Fuentes Georginas natural hot springs. These are an absolute must-visit if you’re into that sort of thing! 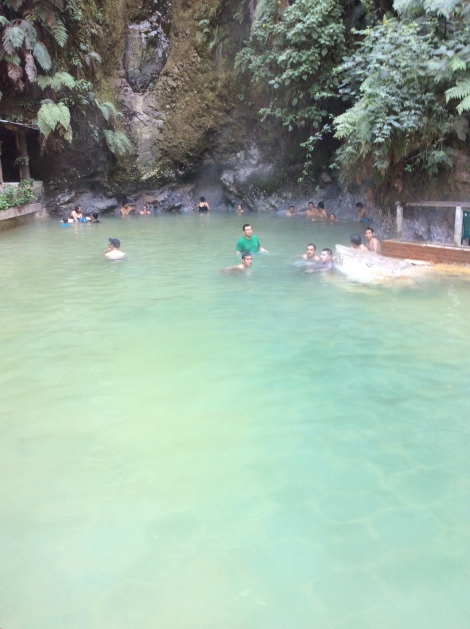 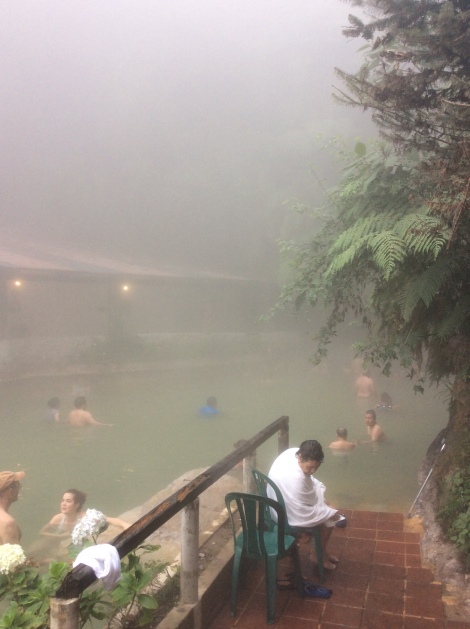 It’s necessary to take a chicken bus for about an hour, before hopping on the back of a pickup truck that will drive you up a mountain to the hot springs. The entrance fee is $50Q, about $8 cdn. AND if you’re lucky, you’ll get to see the nearby Santiaguito volcano erupt on the way up : ) 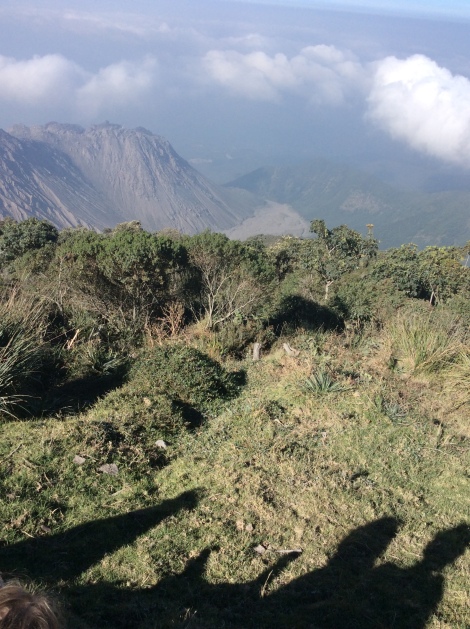 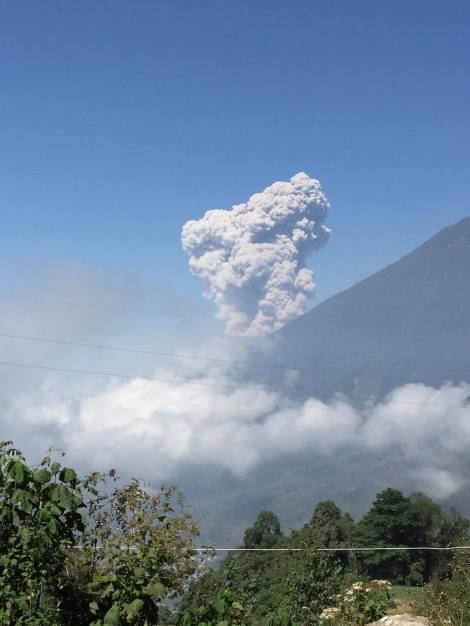 Luckily my four week stay in Xela coincided with one of the biggest Easter celebrations in all of Central America. Only trailing Antigua, Guatemala in elaborateness, Semana Santa in Xela was a sight to behold! 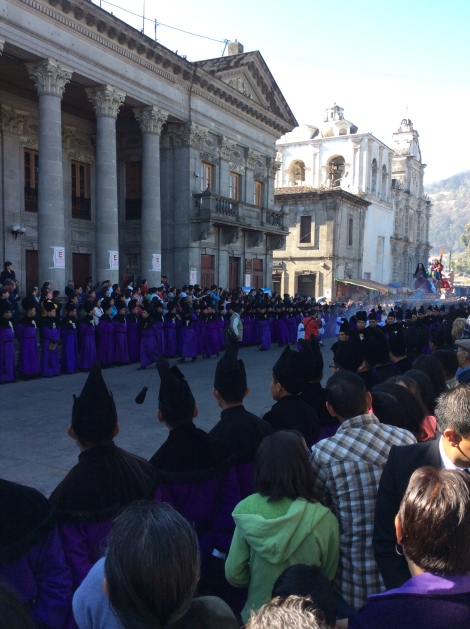 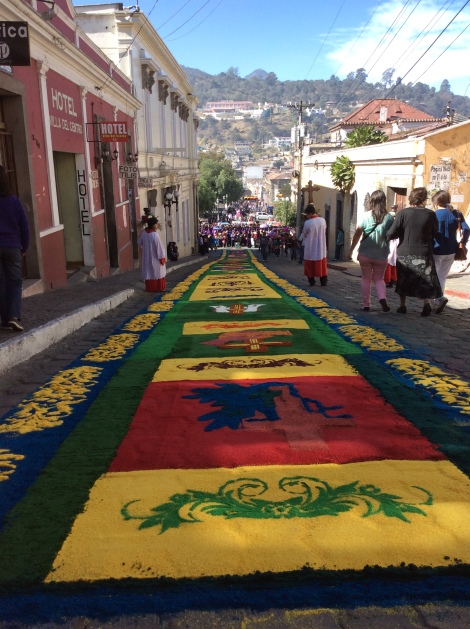 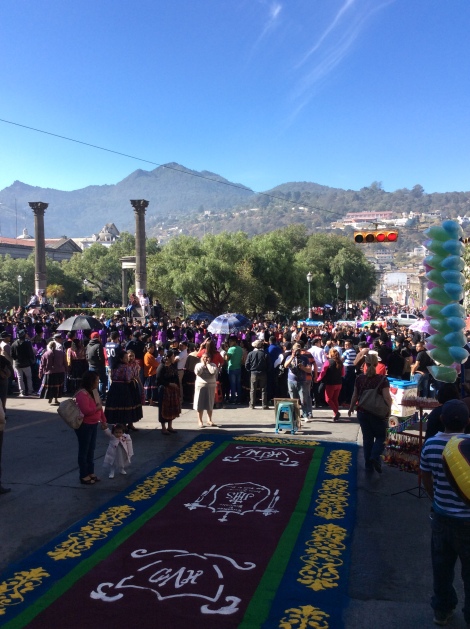 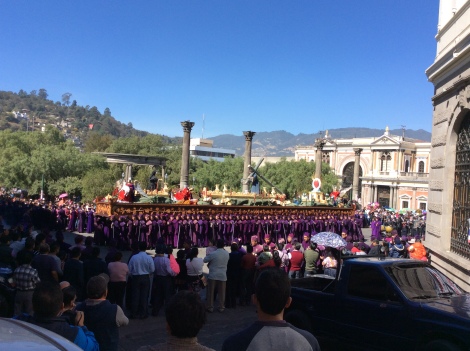 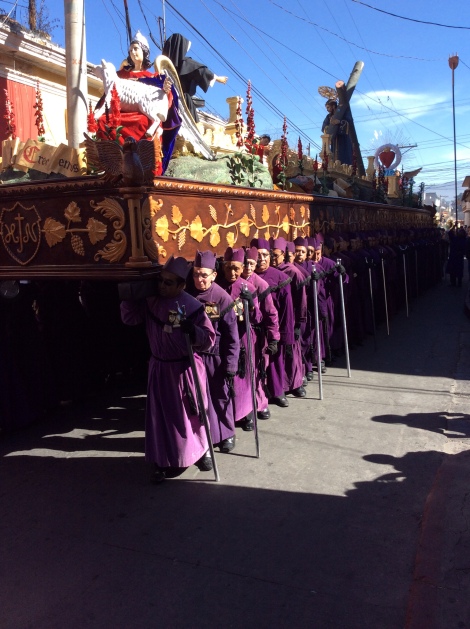 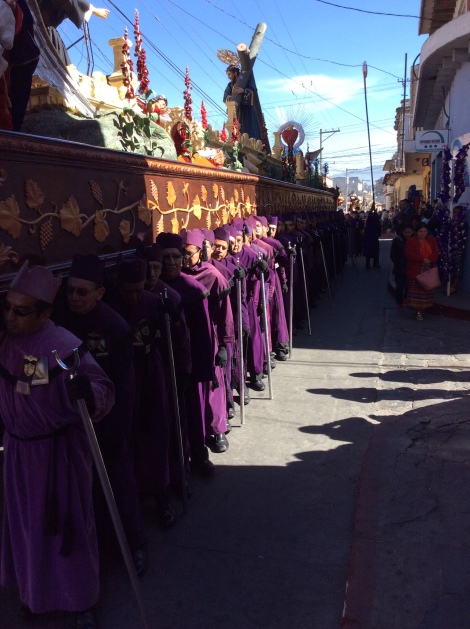 An absolute honour to help carry one of the platforms, the same group of men switch in and out from 6am until 2am! Walking throughout the city for 20 hours carrying something really heavy sounds like a bad day to me, but Guatemalans will actually pay money to be a part of the ceremonies. Pretty remarkable!

If you get an opportunity to see Semana Santa in Guatemala, make sure you don’t miss out! Friday is the main day, but there are also processions on Sunday when everything wraps up..

While Xela isn’t a tourist destination in the traditional sense, it definitely has a lot to offer. In addition to having some of the cheapest prices and top Spanish schools in Guatemala, Xela is close to numerous volcanos and beautiful areas to go hiking.

In fact, just an hour away lies the largest volcano in Central America, Tajumulco!

If you’re sick of the manicured streets of Antigua or the amount of English being spoken at Lake Atitlan, Guatemala, head north to Quetzaltenango to see some stray dogs, random slides and authenticity ; ) 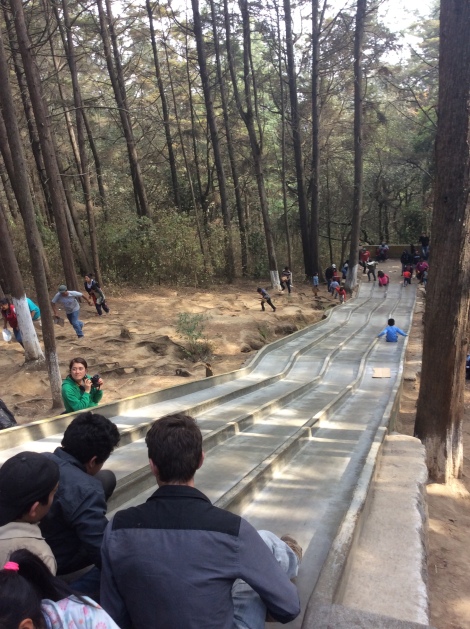