Everyone’s consensus favourite city in Central America, Antigua is a charming and well-maintained place. It has beautiful cobblestone streets and magnificent architecture which gives it the feel of a nice European city.

*Located in the centre of the city, San Jose Parish overlooks the main park, a popular place to hangout and people watch. 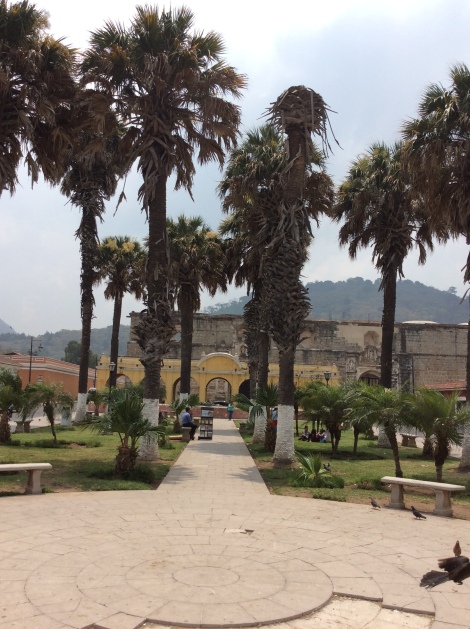 This small city of about 35,000 is well known for the number of grand colonial churches that are in a semi state of ruin. You can walk the entirety of Antigua in a few hours and it’s remarkable how many impressive churches you’ll come across along the way.

The real gem of Antigua is La Merced which was finished in 1767 and still stands out as an inredible site. (Below) 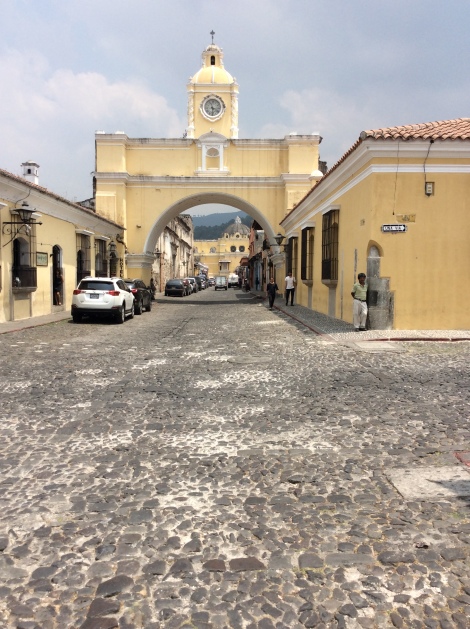 While known for its coffee production, Antigua’s economy is now almost entirely based off of tourism. Along with the famous ruins of Tikal, Guatemala, Antigua is the most popular spot to visit in Guatemala. Plus, Antigua is only an hour from Guatemala City, the capital, making it very easy to get to from the main transportation hub in the country.

There are plenty of western-style bars and international restaurants offering a nice variety that is generally rare throughout Central America. I think this is one of the main draws to Antigua. AND you definitely won’t run out of options if you need to pick up a few souvenirs..

In my opinion, the best part of Antigua is that it’s located near the most magnificent volcano in Central America. While it isn’t the tallest (it’s a few hundred meters short of Tajumulco) the views at the top of Acatenengo are spectacular to say the least.

A difficult 5-hour hike will take you to a flat spot to set up tents for the night. After getting a few hours of rest and waking up at 4am, there will be another hour of really tough climbing to the top of Acatenango. Once there, you’ll be able to look out onto Volcan Fuego as it erupts somewhat frequently (above). Just an awesome and unforgettable experience!

These pictures are from the spot where tents are set up. The group generally reaches this point around 4-5pm, before it gets dark. Volcan Fuego erupts every 20 minutes or so throughout the night and we even saw lava come out at 3am. Incredible!

After a cold night sleep, the group wakes up at 4am and continues climbing in the dark. Watching the sun rise behind multiple volcanoes is a sight that simply can’t be missed!

The total trek back down the volcano takes about 3 hours or so. Expect you, your clothes and your backpack to be completely filthy but it really doesn’t matter at that point. The entire hike costs $200-250 Qutzales (25-30USD) which includes transportation to and from Antigua, a tent, a sleeping bag, a guide and three meals. Definitely worthwhile!

Antigua is undoubtedly a beautiful city that is a must visit if you’re in Guatemala. However, it is quite touristy and a little too neat and orderly for my liking. Most people love it while a few don’t really like it at all, but it has a charming quality that not many other cities in Central America can match. A few days in the city are enough in my opinion, but make sure to do the Acatenengo hike! You won’t regret it!