La Guajira is a department, or province, located in the northeastern tip of Colombia that is bordered by Venezuela to the east and the Caribbean Sea to the north. It is the spot ‘where desert meets sea’!

The capital of La Guajira is Riohacha. However, this post will look at two coastal destinations – including the northernmost tip in South America! – Cabo de La Vela and Punta Gallinas.

But first, some brief history:

A super remote fishing village on the northeastern tip of Colombia, Cabo de la Vela is amazingly unique. It’s not every day you’re able to see a desert landscape falling into the Caribbean Sea! 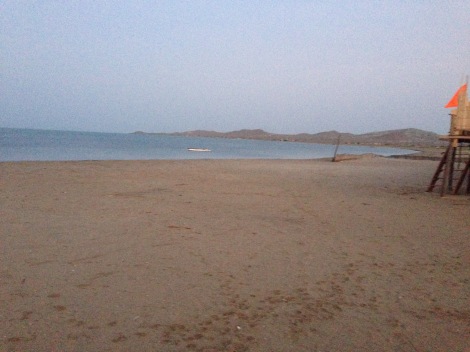 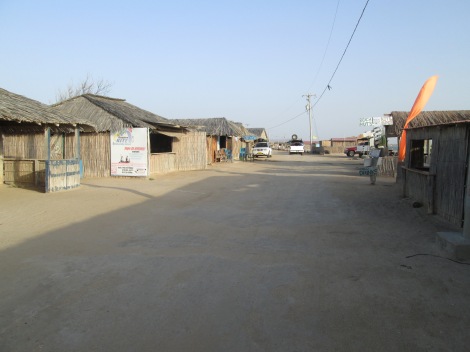 Discovered by the Spanish in 1499, present-day Cabo de la Vela was the location of the first settlement in La Guajira (I outlined how to get to La Guajira, here : Santa Marta to La Guajira (public transit)).

However, this region was home to large quantities of pearl deposits, and Cabo de la Vela was perpetually ransacked by pirates from England, France and Germany – along with the indigenous Wayuu people of that region. Eventually, the Spanish were forced to move the village to what is now called Riohacha (the capital of La Guajira).

The Wayuu still consider Cabo to be sacred, as it is believed to be the place where souls of the afterlife come to rest!

From a tourist perspective, Cabo de la Vela is a nice quiet place, ideal for kitesurfing and relaxing by the water. 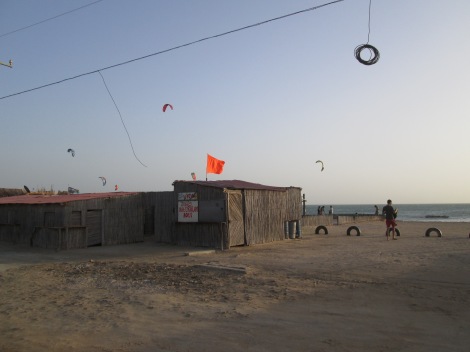 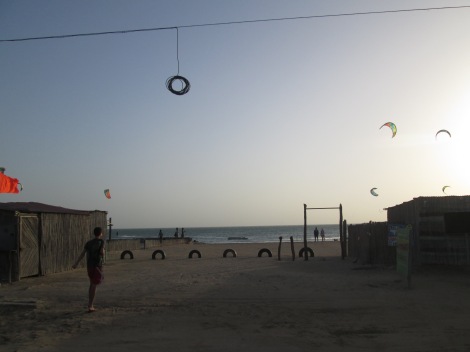 Other than kitesurfing and hanging out on the beach, there really isn’t much to do around Cabo de la Vela. There are a few small hostels offering hammocks to sleep in (15,000 to 20,000 pesos) and a couple restaurants serving fresh fish and Venezuelan beer. Ultimately, Cabo de la Vela is a place for relaxation and you won’t find your normal daily luxuries (wifi, hot water, etc) in this part of the world. 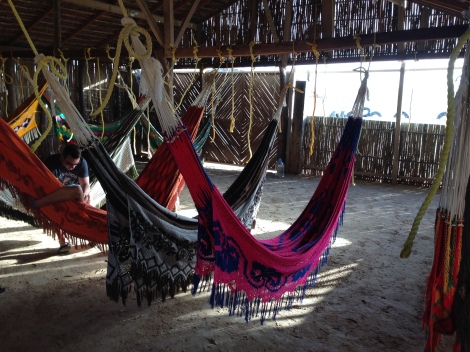 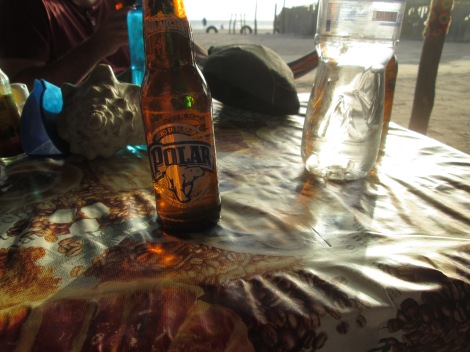 While enjoyable, I wouldn’t recommend staying more than a day or two unless you’re planning to take part in kitesurfing. If you are, Cabo de la Vela is a perfect ‘off the beaten track’ spot!

Like me, most tourists only stay in Cabo de la Vela for one night on route to the most northern point in South America! Located 3-4 hours from Cabo, Punta Gallinas takes remoteness to an entirely new level.

From Cabo, you’ll take a 4×4 truck on a desert road through the indigenous Wayuu communities (generally solitary ‘houses’ every couple hundred metres). Along the way, you’ll encounter numerous ‘road-blocks’.

As you can see in this picture, it is common for each house to have a rope ‘blocking’ your path. The truck will stop and give the kids some candy, crackers or even a little money before they take down the rope. Remember to bring some treats for the kids!

Passengers in my car brought some crock shoes for the kids! 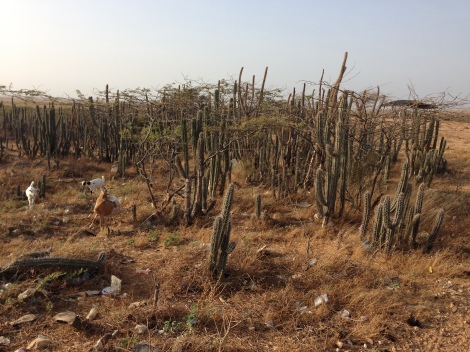 After 3-4 hours, you’ll reach a small river where you’ll take a 10-minute boat across to the other side.

After arriving to Punta Gallinas, you’ll notice that there really isn’t anything there. One hostel provides guests with food and accommodation (hammocks are 20,000 pesos and there are also rooms, but I’m not sure how much they are) and there aren’t any other small stores in the area. It’s basically just you and the desert!

There are 3 main ‘attractions’ in Punta Gallinas.

First, you’ll hope in the back of a truck and go to the ‘famous’ lighthouse where you’ll stay for about 10-15 minutes. Here, you can snap a couple of pictures and check out the Caribbean Sea. *The lighthouse itself is nothing special* 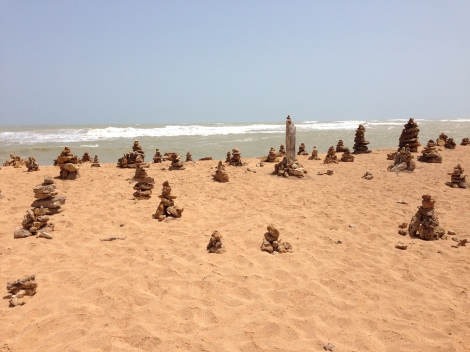 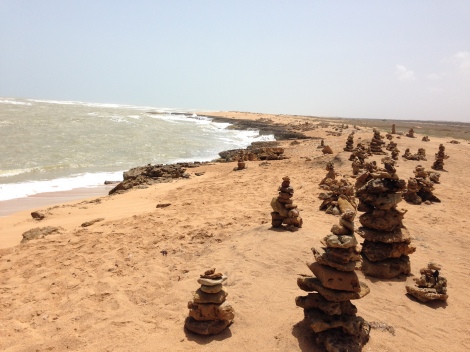 The second stop is a pretty cool viewpoint called Bahia Hondita, where again, you’ll remain for 15-minutes or so. 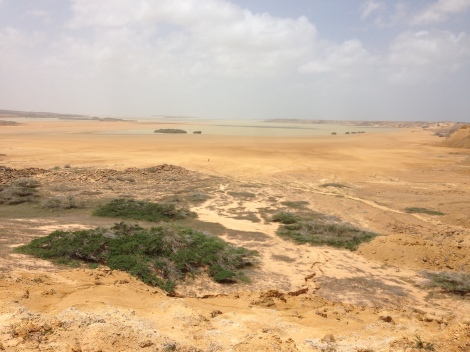 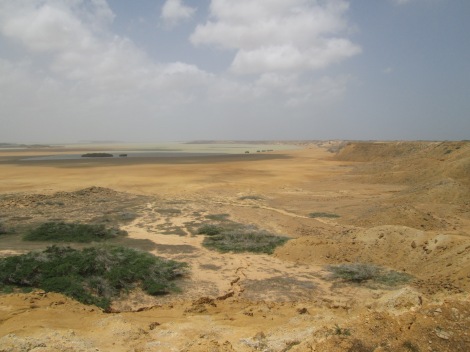 The last stop is the most majestic, as you’ll spend an hour-and-a-half at the amazing Taroa dunes! This is the real reason for coming to Punta Gallinas, as it’s the spot where sand dunes fall into the Sea!

Absolutely stunning, this remote area is perfect for relaxing. Just make sure that you pack water and some sunscreen, as the desert sun is no joke!

Amazingly unique, La Guajira is a region that should be added to your Colombian ‘bucket list’ if you have time. While you’ll certainly have to rough it more than a standard tourist destination, La Guajira is 100% worth the slight hassle.

Here Santa Marta to La Guajira (public transit), I outlined how to get to and return from La Guajira the cheapest possible way (using public transit) – as many tours will cost you a pretty penny.

So, ultimately – GO and do it yourself, as we all know things are more satisfying that way!