2850 meters above sea level, Quito is the highest official capital city in the world. It is also the closest capital to the equator as the central square is located less than 25km away!

Interestingly, Quito, along with Krakow, Poland, were the first cities to be named to the UNESCO World Heritage list in 1978. The centre square in Quito is among the best preserved centre squares in all of South America and it’s the first area you need to explore when coming to the city. 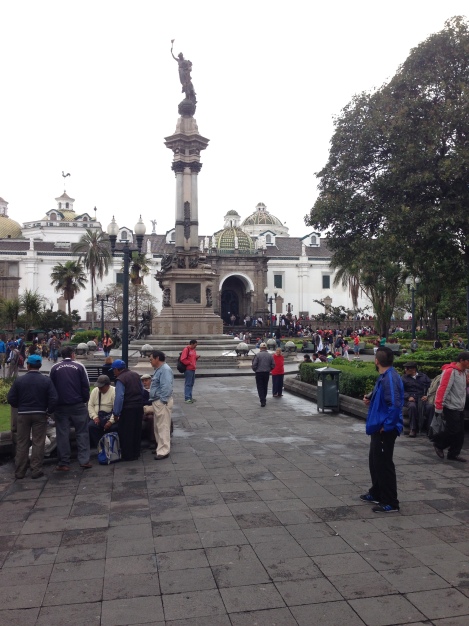 This area is absolutely fascinating to walk around, as you’ll find venders selling different things like: 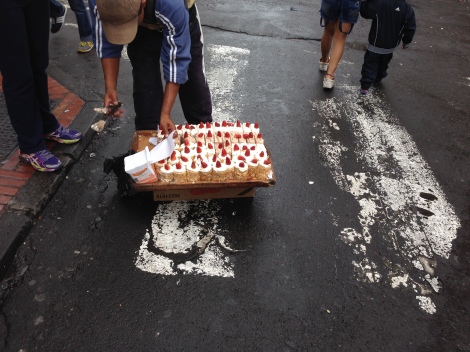 Basically, the area is complete mayhem!

Overall, Quito is the second largest city in Ecuador (behind Guayaquil) with a population between 2.5 – 3 million. Founded by the Spanish in 1534 on the base of Inca ruins, Quito had only been inhabited by the Inca’s for about 70 years.

First, a nomadic tribe called ‘quitu’ settled into the region until a different tribe called ‘caras’ overtook them in 980 AD. The caras reigned until the Inca’s arrived in 1462 for their brief period of rule. SO, basically it’s an extremely old city that has successfully blended multiple cultures over the years! 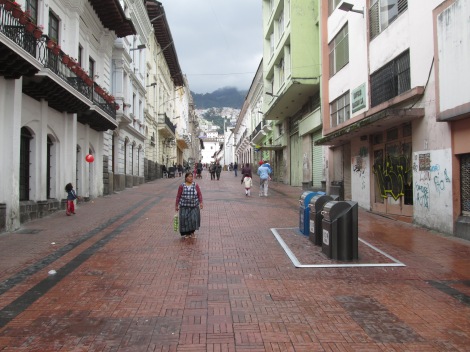 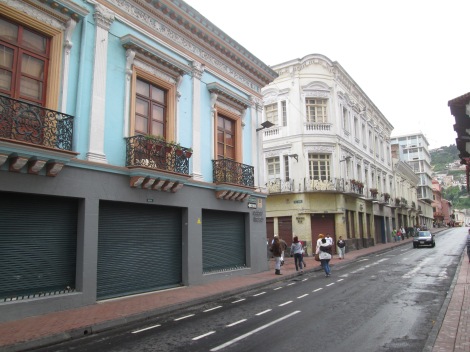 While undoubtedly a beautiful city, Quito isn’t know for its hot weather. Due to its high altitude, the average temperature is 14°C – getting quite cool at night.

SO, you’ll want to invest in one of these dope sweaters to fend off the chilly evenings!

Outside of the main square, there are 3 main sites that should be visited while in Quito.

Built in 2005, the cable car system takes visitors 4100-meters above sea level for some awesome views of the city. It does cost $8.50 USD to hitch a ride, but the views are pretty spectacular. Also, there’s an area to do a little hiking … just don’t expect to have a ton of energy being up that high! 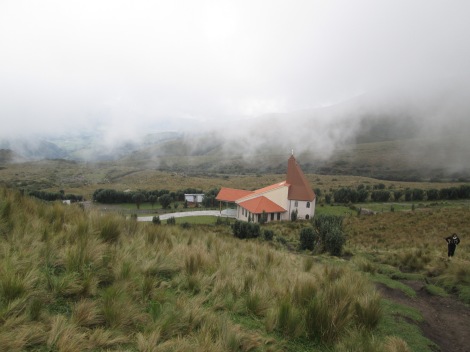 Ciudad Mitad del Mundo is a small city a bit outside of Quito which is home to the ‘centre of the earth’. While technically inaccurate (tests done in 1736 have since proved to be 240 meters off), this small village claims to be the spot with 0° latitude and the true divider of the Northern and Southern Hemispheres.

Here, you can find museums, restaurants, shops and quite a few tourists. In my opinion, El Mitad del Mundo isn’t overly impressive but I suppose it is worth seeing if you’re in Quito. It costs $3.50 USD to enter (more if you want to check out the museums) and can be accessed in 1.5-2 hours from the city using public transit. 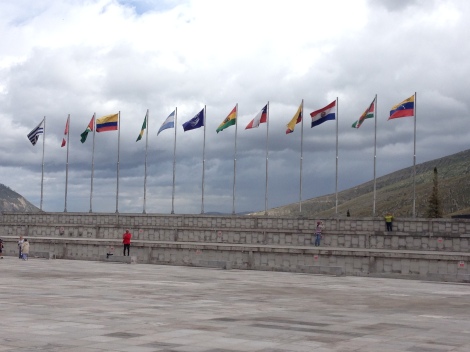 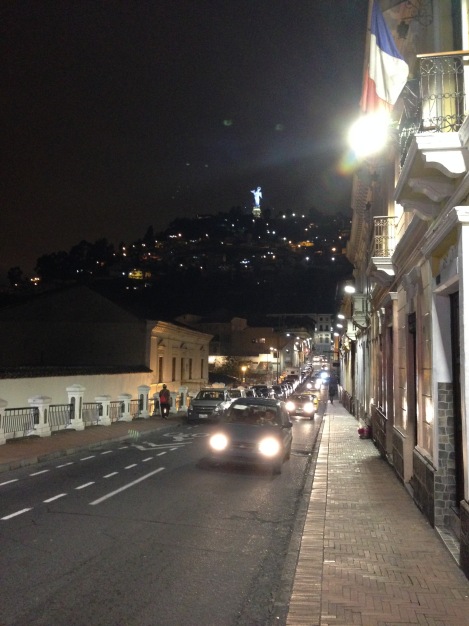 This small hill overlooking the city is a perfect 45-minute hike for some clear views of the centre. The panecillo (meaning small piece of bread in spanish) divides the centre area with the south of Quito and you’re able to scope 360°, seeing the entire city from the top!

Apparently dangerous (you’ll hear these warnings for absolutely everything you do in South America), the hike goes up some stairs and through a few neighbourhoods on route to the top. Refrain from flashing your gold chains/grills and I’m quite confident you’ll be plenty safe as long as you choose to hike during the day! 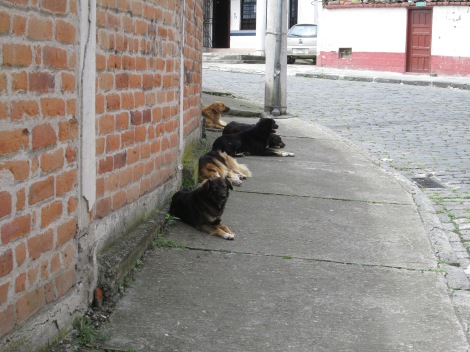 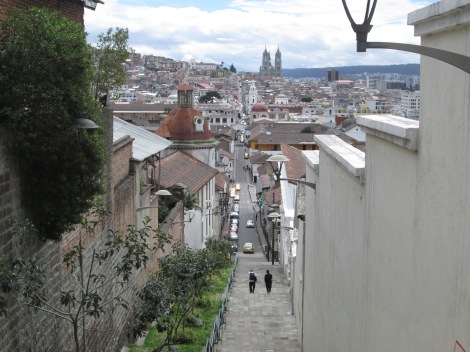 I found Quito to be an excellent city to explore for 3-4 days. A lot of people only use Quito as a jumping off point for the Galapagos Islands, but the city itself has a lot to offer. The Colonial architecture blends nicely into a city that still maintains its ancestral charm. You’ll routinely see ladies wearing traditional clothes, yet the city is also a sprawling metropolis. I think this contrast adds to the charm and appeal of Quito!

Furthermore, Quito is quite cheap as pretty much every restaurant offers the ‘menu del dia’ lunch special for $2-$2.50 USD. 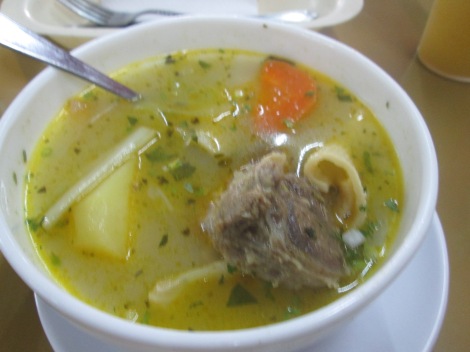 Just don’t expect a ton of variety, as every meal includes: soup, rice, beans/lentils, juice and meat. Awesome value for a couple dollars!

Ultimately, Quito is a destination that should be added to any South American travel list. Despite the relatively cool temperatures, the city is charming and there are plenty of things to do. I didn’t even mention the museums, as Quito is considered one of the best cities in South America for museum lovers!

Whether you’re stopping in on route to the Galapagos or are trekking all the way through South America, make sure to spend a few extra days in Ecuador’s capital city. You won’t regret it!