The capital of Bosnia and Herzegovina is a fascinating city with an abundance of culture and history. Sarajevo is just so different from other major cities and it definitely exceeded my expectations during my 4 night stay! 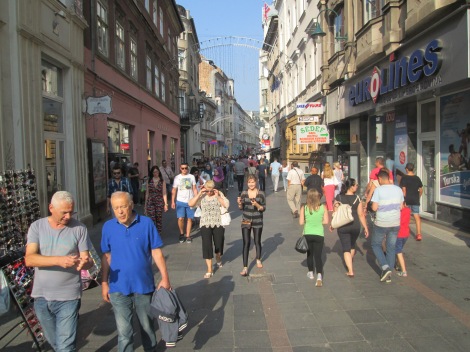 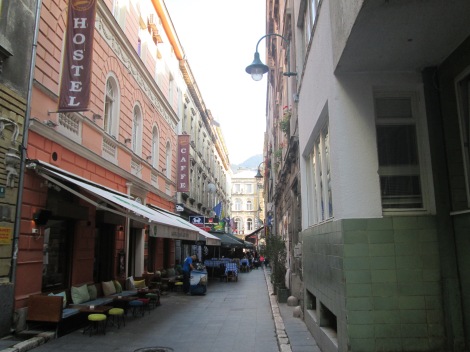 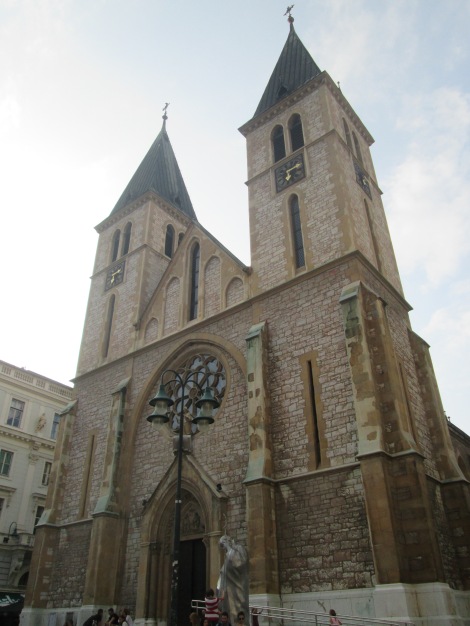 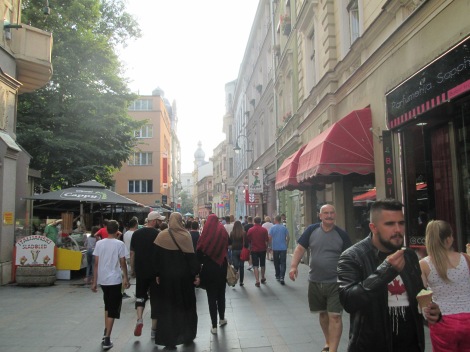 The centre is quite small and it’s full of shops, restaurants, bars and mosques. In fact, there are 180-200 mosques located throughout Sarajevo and the population is 85% Muslim. (Although a lot are not actively practicing).. It’s not called the ‘Jerusalem of Europe’ for no reason!

When most people hear of Sarajevo, they think of three things: The winter Olympic games of 1984, the Bosnian War, and the assassination of the Arch Duke Franz Ferdinand (the spark which started WW1). All three of these events hold a lot of importance to this day and Sarajevo has a lot more to offer as well!

I would strongly recommend doing Nino’s free walking tour. He is 30 years old so he was old enough to remember the Bosnian war that took place from ’92 to ’95. In addition to showing you all of the main sights in Sarajevo, he provides personal insight into what actually went down during that time period. The city is full of areas that contain missing chunks of asphalt that were caused by shelling during the war. As a sort of memorial, the city filled the areas that had more than one casualty with red resin, creating the ‘Sarajevo Rose’. These are located everywhere from the city centre to the mountains surrounding the city. 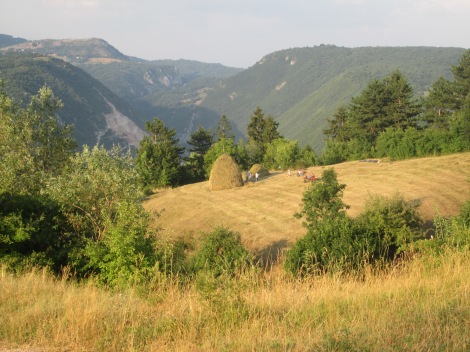 While little hand-to-hand combat occurred during the war, there was an average of 300 shell rounds fired each day. It’s easy to see the destruction that shrapnel caused on a good portion of the buildings in the downtown area. 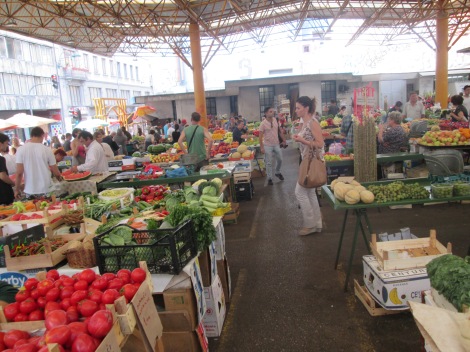 Here is a lively market that was the site of one of the worst days in the Bosnian War. Nearing the end of the war, in August of 1995, an explosion killed 32 civilians and wounded more than 40. There is a red wall containing names of the victims nearby.

On a brighter note, the city is really proud of hosting the 1984 Olympic games. Now, more than 30 years later, exists one of the cooler and eerie places I’ve been to! After the Olympics, as I’m sure happens in quite a few locations, Sarajevo failed to upkeep its bobsled and luge tracks. So, to the delight of tourists, you can fast forward 30 years, make your way up the mountain to the abandoned site and walk down the graffiti filled tracks. 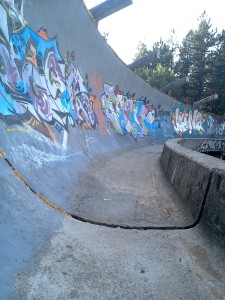 *this is a view of the city from the mountains which surround the centre.

The last main attraction in Sarajevo is the famous bridge where Franz Ferdinand was assassinated. If you can manage to recall your 9th grade history lessons, awesome! If you are a regular member of society that hasn’t stored away this not-all-that-useful piece of information, this was the event that sparked WW1. 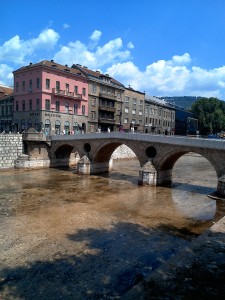 * This is the dude who performed the assassination. It occurred on June 28th, 1914. Gavrilo Princip was 19 years old and he was only able to avoid the death penalty because he was under 20. At one point there was a statue of him but only this little plaque remains today. I guess the men in charge weren’t too keen on glorifying a Yugoslav nationalist assassin…

Well that’s about all I have for Sarajevo. The only real negative aspect is the food which I really didn’t enjoy. I hope to never see Cevapi’s (little sausage fingers in bread) again!

It’s an awesome city and it has been one of my favourite stops so far! I mean, how can you not fall for a place when you get to ride one of these vintage trams within 5 minutes of arriving ; )

6 responses to “Sarajevo, Bosnia and Herzegovina”