Located on the west coast – just north of the US border, the gorgeous city of Vancouver is my pick for the top city to visit in all of Canada. 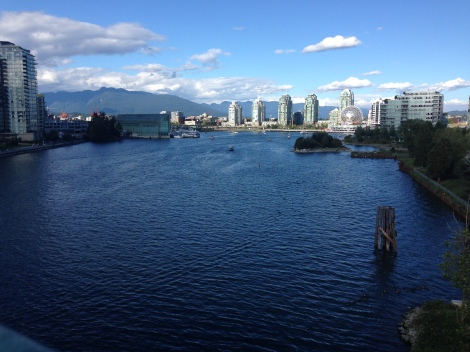 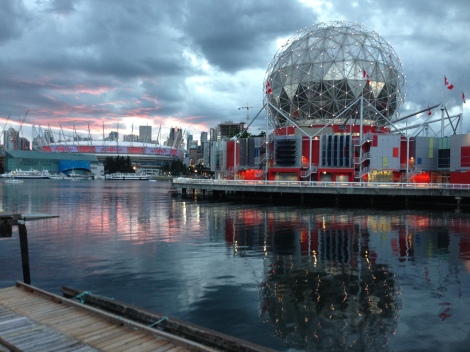 Vancouver has a population just over 600,000 and it is the fourth most densely populated city in North America (behind New York City, San Francisco, California and Mexico City). Amazingly, 52% of its residents have a first language other than English making Vancouver one of the most ethnically diverse cities in the world.

Vancouver is consistently near the top of the ‘most liveable cities in the world’ lists and it is easy to see why. Friendly inhabitants, plenty of green space, temperate climate, mountains looming in the distance, prime location on the Pacific Ocean – Vancouver is loaded with desirable traits!

I will briefly take a look at some of the prominent areas throughout the city, starting with

Named the top park in the entire world (in 2014) by TripAdvisor, Stanley borders downtown Vancouver and contains a century-old seawall that is 22km end-to-end. 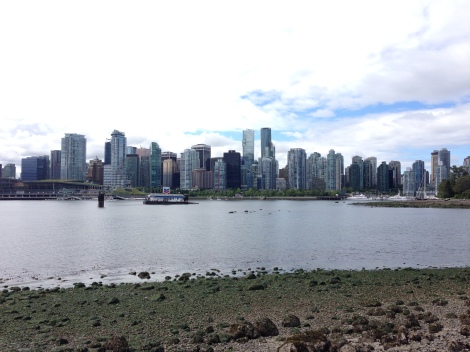 If you need to get away from the city grind for a few hours, there is no better place than Stanley Park. The sea-wall path provides awesome views of the harbour and of the city itself. You can also see Lions Gate Bridge, an impressive overpass leading into Vancouver. 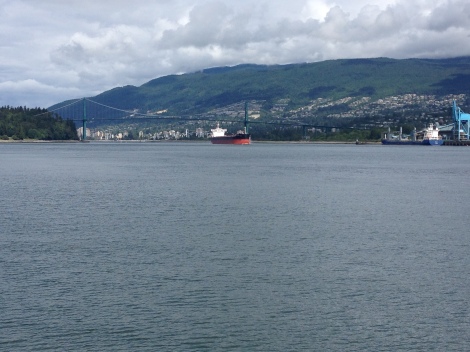 Or you might be able to spot a mermaid chillin’ on a rock….

While the sea-wall path is incredible and needs to be completed in its entirety, it is also nice to venture into the middle of Stanley Park to escape even further from the crowds. 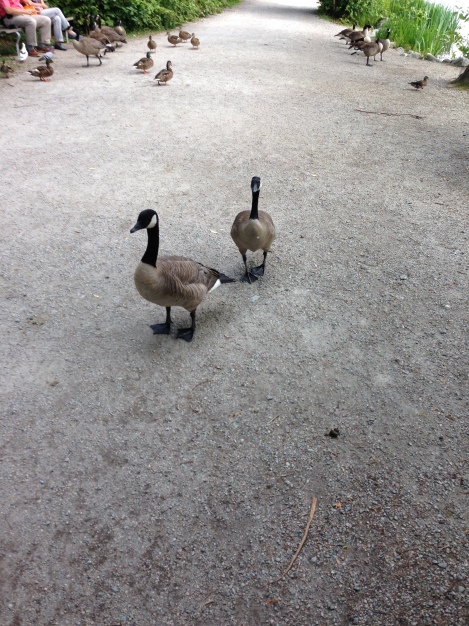 Make sure to spend a day or two exploring all Stanley Park has to offer – and add another if you plan on checking out the zoo or aquarium also located in the park!

Sitting 230 feet above the river, this 460 foot suspension bridge is a spectacular site to behold! 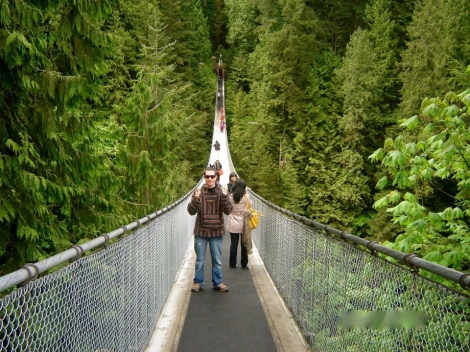 Originally built in 1889 with hemp ropes and cedar planks, the bridge was completely reconstructed in 1956. The entire park takes about 30 minutes to an hour to explore and it costs $40cdn to enter – way too steep a price in my opinion.

While the Capilano Suspension Bridge definitely is incredible, it is tough to justify spending $40 to see it, if you’re travelling on a budget. Thankfully, I had the good fortune of being friends with an employee – so I wasn’t subjected to such an exorbitant price!

Nevertheless, the park opens at 8:30am until 8:00pm during the summer months – and is open every day of the year except for Christmas day!

Once an industrial manufacturing area, Granville Island is now a popular shopping and tourist hub.

Home to a large harbour, plenty of restaurants and an impressive public market, Granville Island is up there on the list of must see places to visit in Vancouver!

There are two ferry companies that will take you from downtown Vancouver to Granville Island, or you can catch a water taxi. A few hours to putter around is enough time on the Island but make sure not to skip this funky area of Vancouver!

Located on the west end of Vancouver, the beach on English Bay is a prime hangout spot for runners, soccer players or people relaxing and giving off some good west-coast vibes!

Behind the beach lie bike paths and walkways bordering onto a nice grassy area – making the English Bay one of the most attractive spots in all of Vancouver!

Vancouver’s first downtown core, Gastown is named after an old sea captain who arrived in 1867 to open the areas first saloon. Nowadays, Gastown is full of restaurants, nightclubs and tourist shops. 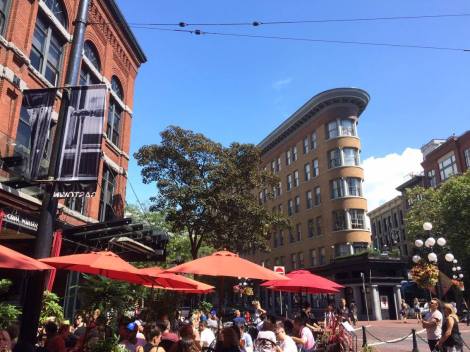 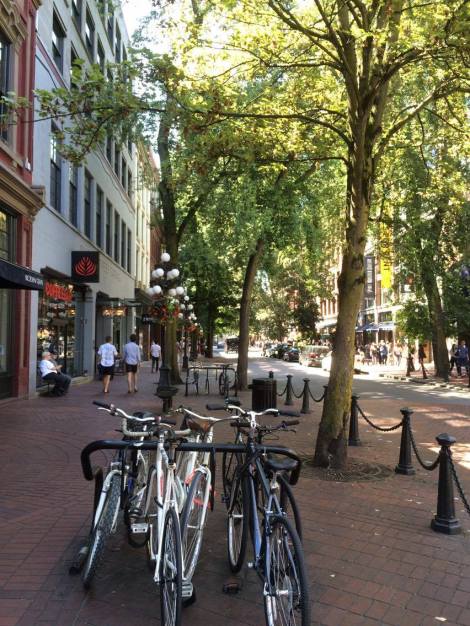 The wide tree-lined streets are ideal to spend a few hours walking around, browsing through the many shops and cafes. Additionally, if you’re looking for a night out in Vancouver, Gastown is one of the top places to be!

Vancouver is an awesome city that offers ‘big city’ amenities, yet unmistakably gives off a relaxed energy, usually uncommon in cities of this size. As I touched on, Vancouver is one of the most multicultural places in the world – so you’ll have plenty of food options, whether it’s Mongolian …

The natural beauty and green space throughout the city is noticeable and it definitely adds to the general well-being of its residents. 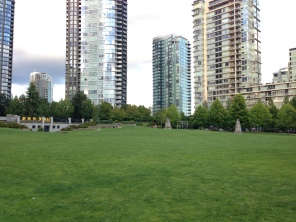 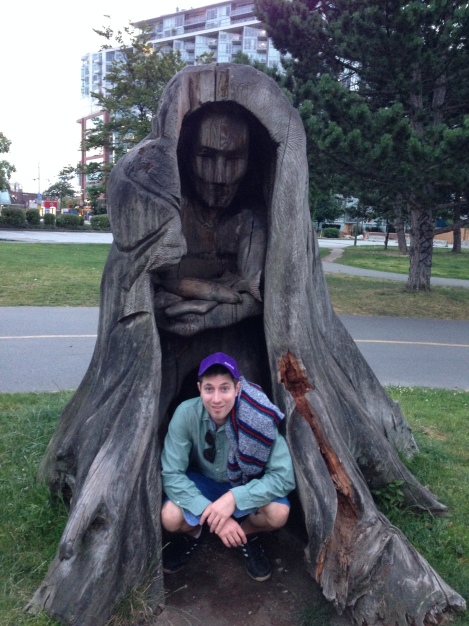 Vancouver is supposed to expand quite rapidly in the next few years and it’s easy to see why more people are looking to make it their home. Hopefully the additional numbers don’t take away from what makes Vancouver such a special place.

SO, in conclusion, I believe this fantastic city is well worth a visit. Tourists should make it a starting point before checking out the rest of the stunningly beautiful province of British Colombia (Lower BC, Canada)!

Thanks for reading, eh!