The capital and largest city in Colombia, with an elevation of 8,675 feet, is an underrated tourist destination that, in my opinion, should not be skipped when passing through the area.

A sprawling urban metropolis of about 8 million people, Bogota can be overwhelming at times – a sentence I can copy and paste for any huge city – but it definitely has a lot to offer for travellers. 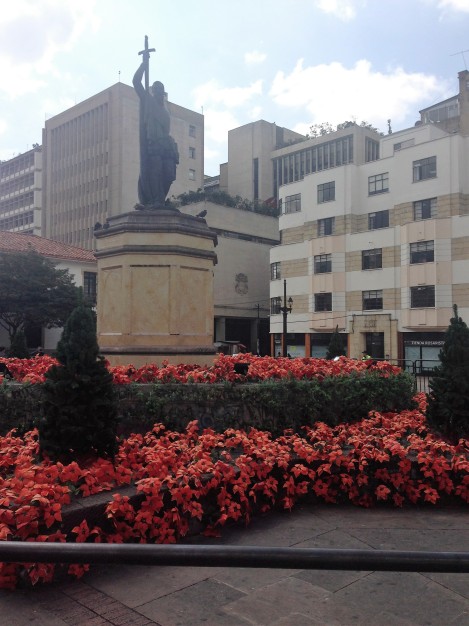 Surprisingly, Bogota contains quite a few parks and a lot of green space. Flanked by mountains to the East, the city is overlooked by the sanctuary of Monserrate, the top place to visit in Bogota.

From here, you can scope 60% of the city and the views are definitely worth the price of admission!

In addition, Bogota is considered to be a top 10 street art city in the world, immensely increasing its appeal to visitors!

There are more than 10,000 street artists throughout Bogota, and interestingly, these artists are allowed to work anywhere they have been granted permission. If the owner of a building approves, graffiti can be applied and police have absolutely no power to stop it!

Until we meet again 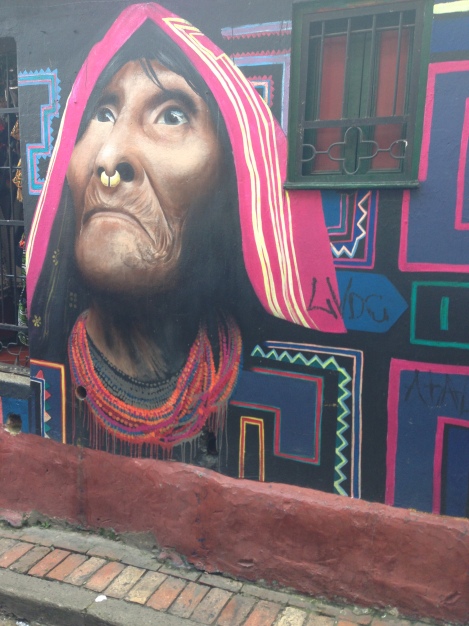 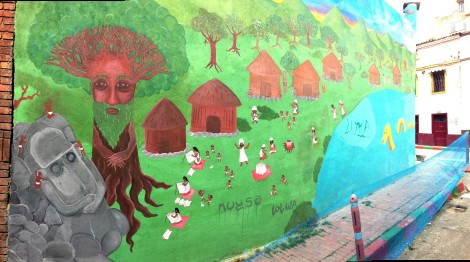 Along with Monserrate and the tremendous amount of graffiti found throughout the city, there are a few other places that shouldn’t be missed when visiting Bogota.

First is the gold museum. Bogota is home to the largest gold museum in the world, with over 37,000 pieces of gold. Just 4000 pesos ($2 cdn) to enter, this museum is well worth a visit whether you like gold or not!

The 3-floor gold museum contains numerous items commonly used throughout Colombian society prior to the Spanish conquest. For the gringos, there are both Spanish and English explanations throughout the museum ; )

Located right in the centre of La Canderlaria district, the gold museum will take 1-2 hours to check out, and afterwards you can walk around the area, taking in the sites of Bogota. 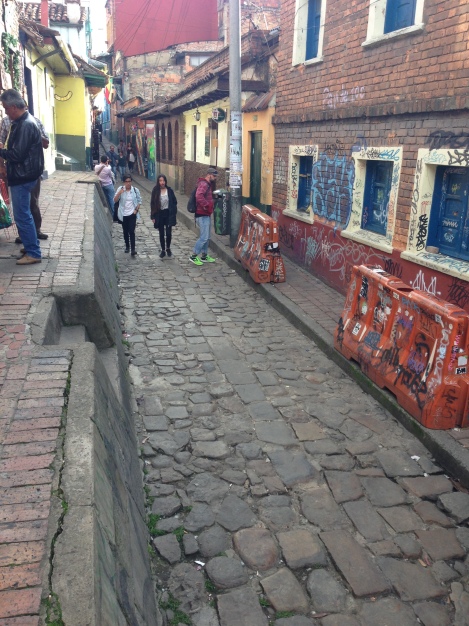 While some areas of Bogota are nice to walk around, in general, public transportation is required to access such a big city. Unfortunately, the public transit system is a bit of a mess and can be pretty confusing to grasp. In fact, Bogotanos spend more time on daily public transit than any other city in the world, an average of 97-minutes per day on weekdays. No thanks! 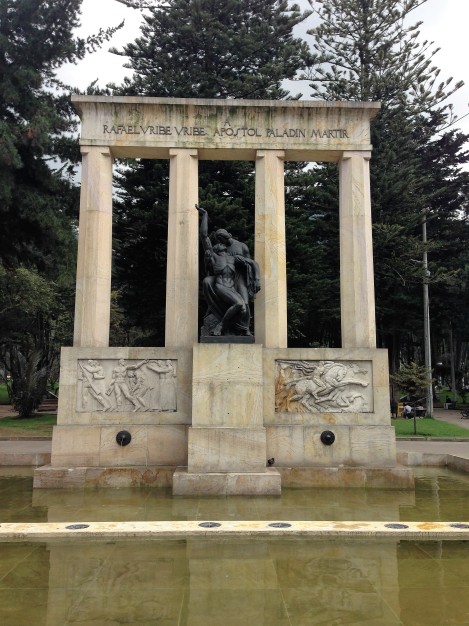 Below, the Plaza de Bolivar is the main square in Bogota and it contains a statue of Simon Bolivar himself. One of the great heroes of Hispanic Independence movements, Bolivar led resistance against Spanish rule in many countries throughout South America.

In fact, after defeating the Spanish monarchy, Simon Bolivar established a union of independent nations in South America; joining Panama, Colombia, Venezuela and Ecuador into one country. This lasted 10 years, until his death in 1830, when a united Gran Colombia broke apart!

Next to La Plaza de Bolivar you can find the oldest restaurant in Bogota, La Puerta Falsa. Just a tiny hole in the wall, this restaurant is famous for its Ajiaco – a type of soup with chicken, corn and potatoes.

The final place to visit near to Bogota, is the Salt Cathedral located in Zipaquira.

After catching a bus from Bogota’s North Terminal, you’ll arrive in Zipaquira in just over an hour. From here, a 5-10 minute walk through a charming colonial city will take you to the Salt Cathedral, located 180-meters underground!

An old salt mine that has since been converted into an underground Cathedral, this tunnel system is awesome to explore for 3-4 hours!

Pictures do not even begin to capture how cavernous this old mining site actually is! Despite being quite expensive for foreigners (50,000 pesos/ $25 cdn), La Catedral de Sal is a ‘must see’ site when visiting Bogota. It’s not every day you get to venture almost 200 meters into the earth…

Overall, I found Bogota to be a very enjoyable city and I would absolutely recommend people to visit. It’s a little gritty and some areas are definitely avoidable, but it’s a city that has a lot to offer tourists! I’d suggest spending at least 4 days here, as things tend to be pretty spread out in a city of 8 million people.