One of the main attractions in Colombia, Salento provides tourists with incredible scenery that is unique to most places on this planet. It really can’t be missed!

Salento itself is an old colonial town that is located in the ‘coffee triangle’ on route from Bogota, Colombia down south to Popayan, Colombia or Cali. However, it is quite isolated and didn’t develop like some of the other towns in the coffee region. Salento was able to maintain its charm and small town feel, a trait that dramatically increases its’ allure to tourists.

With a population of about 7,000 Salento is a just a small town. It sits 1900-meters above sea level and from this vantage point, you’re able to see the surrounding mountains from any spot in the city…. If the ever-present overcast subsides.. 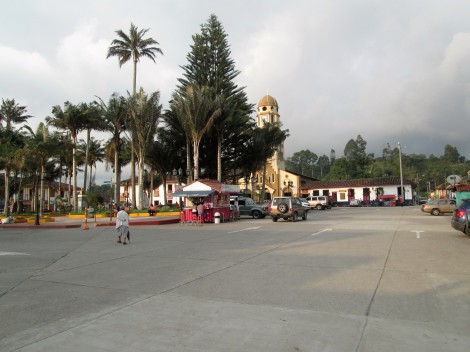 The climate in Salento is temperate (15ºC on average) and there is a unceasing fear of rain in the forecast, seemingly every day. Make sure to bring a rain coat or an umbrella as it’s almost guaranteed that you’ll experience some precipitation.

The city itself takes an afternoon to explore. There are 3 main viewpoints overlooking the city and the surrounding valley, which can easily be reached.

The rest of the city is full of shops and restaurants. While quite touristy, Salento is a very nice place to spend an afternoon or two puttering around the stores, chatting with the locals.

Salento is also very well known for its trout and pretty much every restaurant has multiple trout dishes. (It’s served with fried plantain, called ‘patacon’) 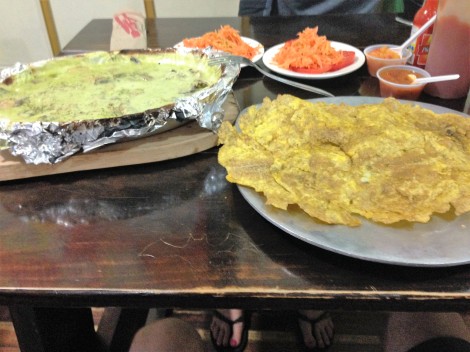 While the town is nice, the main draw to Salento is the Valle de Cocora!

Approximately 10 kilometers from Salento, the Valley de Cocora is an absolute ‘MUST SEE’ if you come to the coffee region. There are two main hikes. The first is about 1.5-2 hours long and will take you to an area containing a ton of wax palm trees. The second hike is more of an excursion and you will need 5-6 hours to complete it. 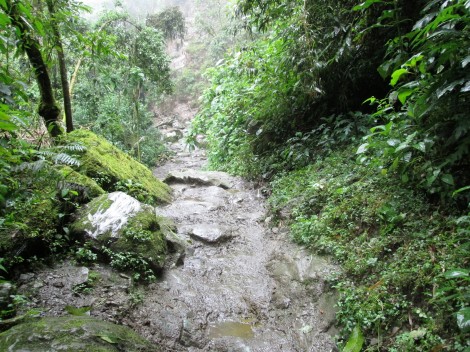 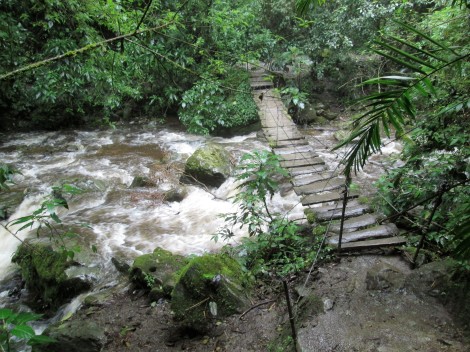 Entrance is free but I would advise on renting rubber boots if you’re not keen on walking six hours in soaking wet, muddy shoes. They sell rubber boots at the entrance (if you arrive early and they aren’t sold out) for around 10,000-15,000 pesos ($5-$7.5 cdn).

As you can see, it is kind of necessary….

While grueling, the six-hour hike isn’t totally exhausting. For the most part, the terrain is flat and the main issue is navigating around poor path conditions. And ultimately, the views are just incredible!

After about 4.5 hours, you will come upon the destination of hike #1, where the most magnificent wax palm trees are located!

Really, the only way to describe this area is breathtaking! Of all of the cool things I’ve done, the Valle de Cocora hike is up there at the top of my list! Just look at these views! 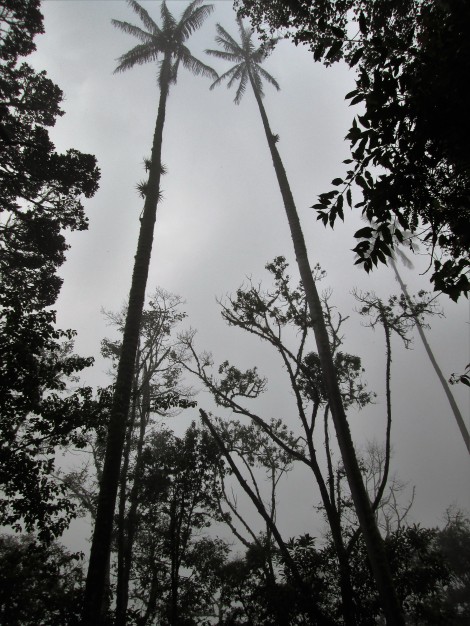 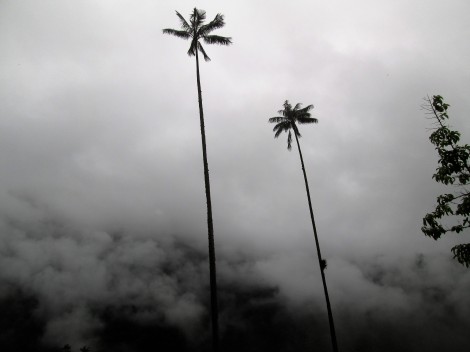 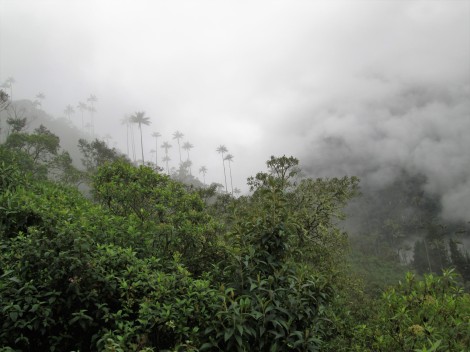 The symbol and national tree of Colombia has been under protection since 1985 and the Valle de Cocora is part of a larger national park called ‘Los Nevados National Natural Park’.

These incredible wax palms can reach 200-meters, making them the tallest wax palm trees in the world! Amazing!

How to get to Salento: 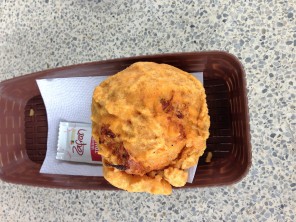 After informing the driver that you want to go to Salento, he/she will drop you off at a crossroads in the highway – instead of taking you all the way to Armenia, adding an extra hour to your journey. From the crossroads, you can catch a smaller bus ($2000 pesos) for 15 minutes into the centre of Salento. It’s really quite straightforward!

So far, the Valle de Cocora hike has been my favourite thing in Colombia. In my opinion, it’s an absolute ‘MUST DO’! Salento itself is a nice place to spend a day but be aware that it is quite touristy and you don’t need too much time here. For me, a 3 day trip to Salento is enough time!

Don’t miss out on the most incredible views in Colombia!