A beautiful, picturesque Polish town located along the east bank of the Vistula River, Kazimierz Dolny is an artsy vacation spot that has managed to preserve its longstanding traditions and culture. 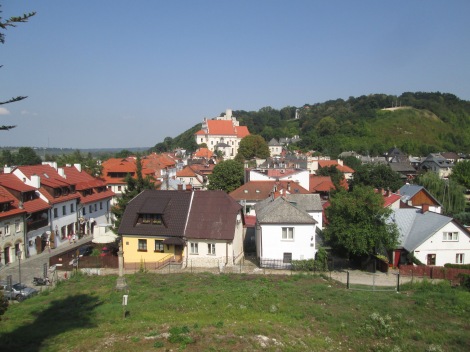 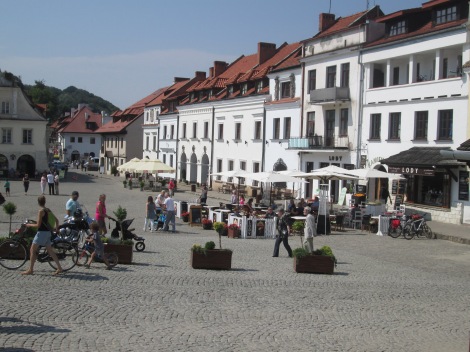 During the 16th and 17th century, as grain was frequently traded along the Vistula river, Kazimierz Dolny became a prosperous city and one of the most important in the east of Poland. However, the economic boom failed to continue during the ensuing centuries and Kazimierz Dolny never grew and expanded as it once anticipated it would …. to the delight of many Polish vacationers, today!

With a population barely reaching 4,000, Kazimierz Dolny only takes a day or two to explore. The cobblestoned market square is surrounded by restaurants, cafés and small art galleries and it is overlooked by the impressive Kazimierz Castle. 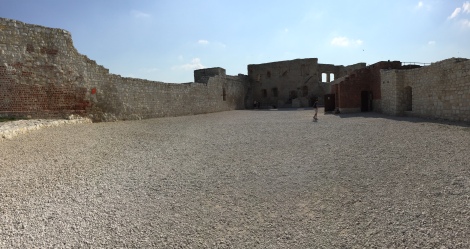 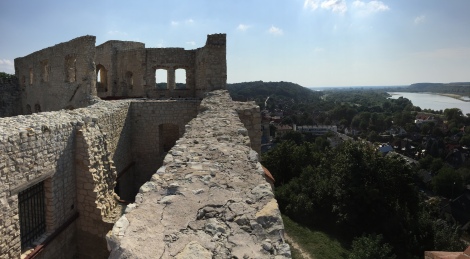 * At the top of the Kazimierz Castle, overlooking the famous Vistula river

Founded by Kazimierz the Great (a King who ‘found a Poland made of wood and left it made of stone’) at the end of the 13th century, this defensive stone tower is one of the most iconic sites in the region. If memory serves, it costs 15-25 PLN (5-9$ cad) to access the complex but it could even be less than that.

Prosperity in Kazimierz Dolny ended in 1656, when invading Swedes burned and ransacked the region. Afterwards, King John Sobieski lll, encouraged Jews, Greeks and Armenians to settle in the area and over time, the Jewish population counted for more than half of the total population in Kazimierz Dolny.

Of course, during WWll, this trend didn’t continue. German forces officially declared Kazimierz Dolny ‘Jewish free’ in 1942. Today, the only remains are a Jewish synagogue and cemetery.

A walkway along the Vistula

Overall, this quaint town located just an hour from Lublin, Poland and three hours southeast from the capital, Warsaw, Poland is a perfect spot to spend a day or two – especially if you’re getting tired of bigger cities.

Officially one of Poland’s national Historic Monuments, Kazimierz Dolny is an off-the-beaten-path destination that travellers should consider adding to their Polish itinerary!

Especially if you have some family to show you the sites!