Lovely Lviv! Or Lwow, if you’re Polish. Lviv is the 7th largest city in Ukraine and undoubtedly its’ most beautiful.

Spared from destruction during WWll, this former Polish city didn’t come under Soviet rule until 1939. Therefore, 750 years of different architectural styles still remain, with only minor influences from the Soviet period. 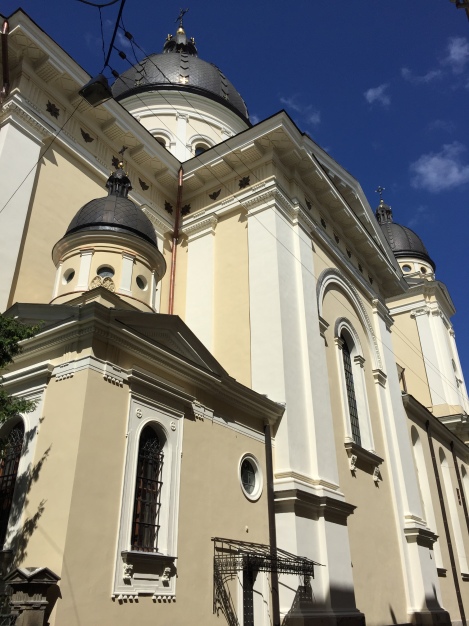 Compared to the rather drab soviet architectural style throughout Kiev, Ukraine, Lviv has a distinctly more European feel. The historic city centre is a UNESCO World Heritage Site and the cobblestone streets are a joy to walk around! 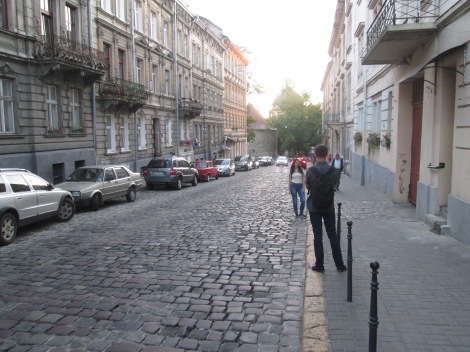 Lviv’s population sits at around 750,000 and it’s located just 70 kilometres from the (new) Polish border. In fact, about 100 years ago, 86 percent of Lviv spoke Polish. In 1939, more than two-thirds of the city was made up of Jews and Poles. Only 20% of the Lviv population was Ukrainian.

During the Nazi occupation, most of the Polish population was forced to re-settle in parts of eastern Germany, which was recently ceded to Poland (like Breslau or Wroclaw, Poland). Beginning in 1941, a large majority of Jews were exterminated, by both German Nazi’s and Ukrainian Nationals. Often overlooked, this atrocity helped re-align the regions population.

Today, Polish account for only 1% of Lviv’s population! However, a lot of the architecture – including the opera, which was designed by a Polish architect – resembles a typical Polish city. 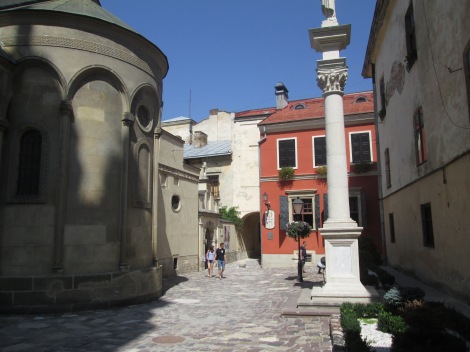 In total, the cultural capital of Ukraine is home to 60 museums and 10 theatres, along with over 100 churches!

Another thing I found interesting is the language difference within the country of Ukraine. In western and central Ukraine, Ukrainian is the main spoken language. However, in eastern and southern Ukraine, Russian is the predominant language spoken in the streets.

Therefore, when mumbling thank you in Lviv, you should use the Ukrainian way; ‘dyakuyu’. In Odessa, Ukraine,  make sure to say the Russian word for thank you; ‘spasibo‘. 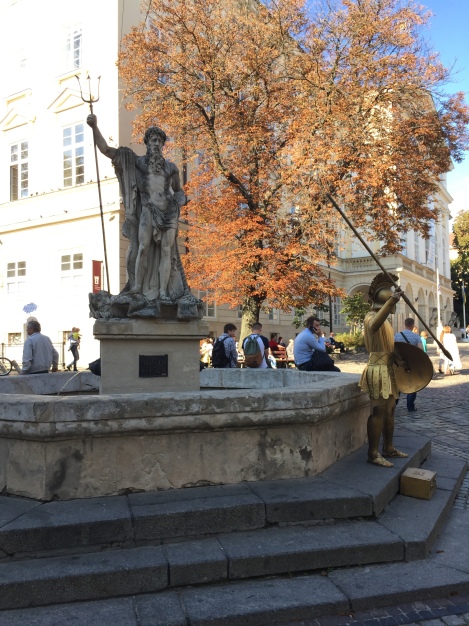 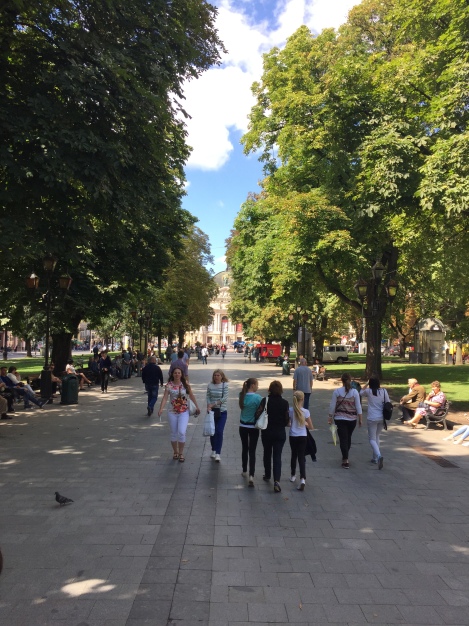 Despite being Ukraine’s premier tourist destination, Lviv is largely ignored by European tourists, especially when compared to similarly beautiful cities like Krakow or Prague. One is able to find hostels for about $5-9 (cad) and meals can be found for even less.

The city is easily walkable and you’re able to see the main downtown core in 2 days. Furthermore, menus and signs are often displayed in English, along with Ukrainian – solidifying Lviv as an up-and-coming ‘hidden gem’ type of destination! 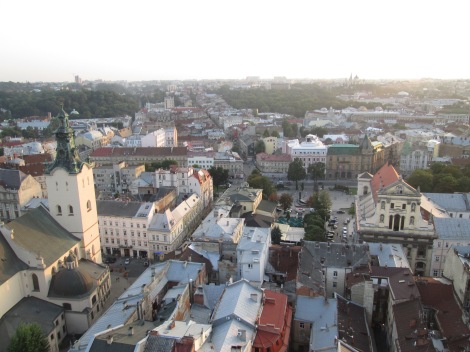 How to get here:

As I mentioned, Lviv is located in the far west of Ukraine just 70 km from the Polish border. The bus from Lviv to Krakow, Poland takes about 8 hours, as does the bus from Lviv to Kiev, Ukraine. There are also a number of trains available between these destinations.

If you’re heading into Poland and would like to break up your trip, Lublin, Poland is a good spot to stop off. It’s only a 3-hour bus from Lviv and it is centrally located between Krakow and Warsaw, Poland. 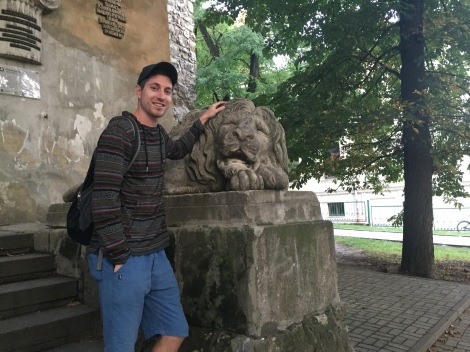 Lviv, the city of lions, is a beautiful and cheap destination that serves as a good introduction into Ukraine. The city has a distinctly European feel and visitors will be impressed by the architecture and general tourist infrastructure – sometimes lacking in other parts of Ukraine.

Without a doubt, be sure to add Lviv to your next European vacation!

* If you want to see some footage of Lviv along with other areas of Ukraine, check out my friends short drone video, here!