The capital city of the state with the same name, Guanajuato is a charming city that is becoming more and more popular with each passing year. 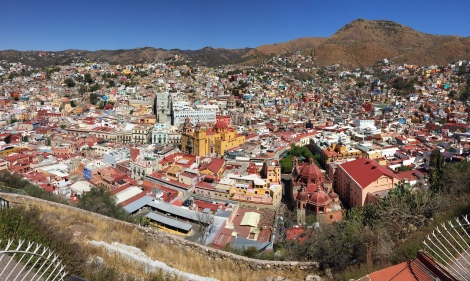 The allure of Guanajuato stems from its unique layout which differs from most other Mexican cities. The narrow streets, winding alleyways and various tunnels running under the city make Guanajuato somewhat maze-like and really fun to walk around and explore. 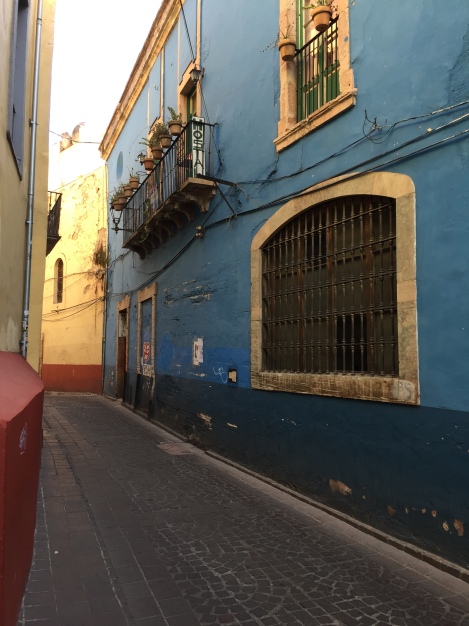 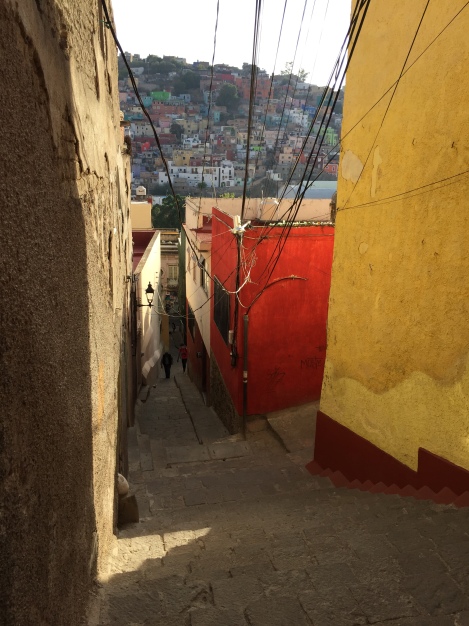 Home to some of the world’s largest silver deposits, Guanajuato was one of the most influential places during the colonial period, beginning around 1540. La Valenciana, a nearby mine, accounted for two-thirds of the worlds silver production during its’ peak!

The mines, located on the outskirts of the city, offer tours providing a brief glimpse into the former driving force of Guanajuato! 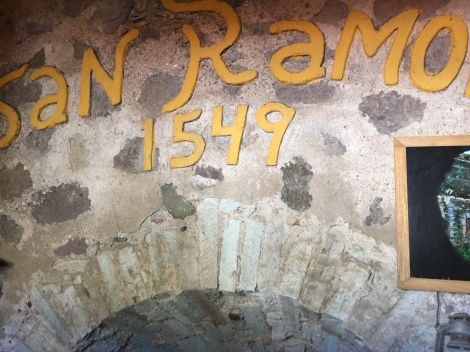 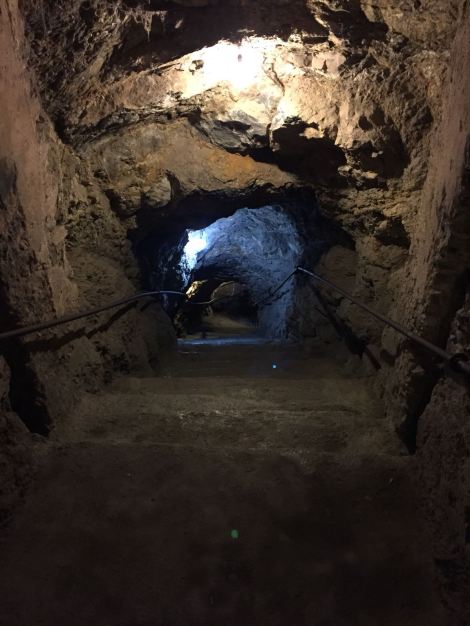 I visited the El Nopal mine and entrance was 60 pesos. The guided tour (only offered in Spanish) took about 45 minutes and, while interesting to see, I wouldn’t declare it a ‘must visit’ during your time in Guanajuato.

However, one of the most popular tourist attractions, and one of the things you should see is the Mummy Museum! 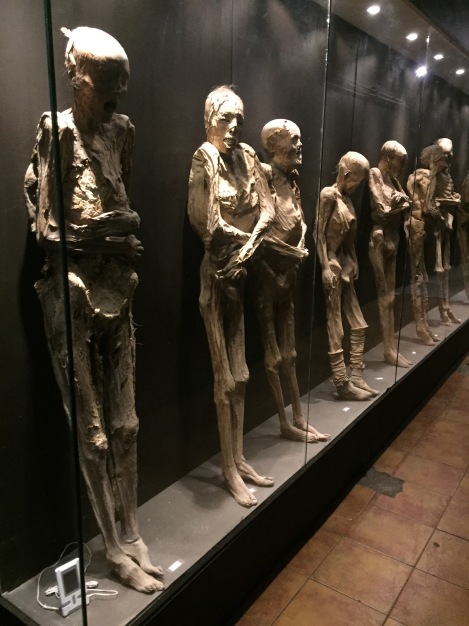 Following an outbreak of cholera in 1833, many of the recently deceased were quickly buried to prevent further spreading of the disease. However, due to rich mineral deposits throughout the surrounding area of Guanajuato, these corpses began a natural process of mummification.

Between 1870 and 1958, bodies were dug up and the freshly formed mummies started to become a tourist attraction.

Now, if you’re anything like me, you might wonder about the validity of unearthing bodies from a grave to put on display…

Interestingly, during this time, a special tax was in place requiring residents to pay for a ‘perpetual burial’. If you failed to pay this tax, officials could legally dig up your relative or significant other to put them on display after only 5 years! Imagine that…… 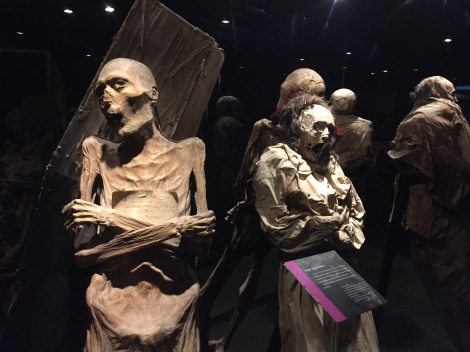 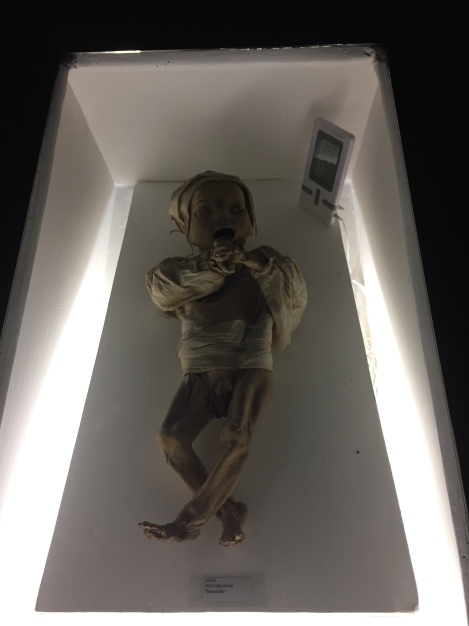 The museum was officially opened in 1969 and while weird, it is definitely worth checking out. There are around 60 mummies on display in 5 or 6 different rooms and it only takes about 10-15 minutes to see everything. El Museo de las Momias costs $80 pesos (5.25 cad) to enter and 60 with a student card.

Next on your list of things to do is to check out El Pipila for an amazing view of the city. 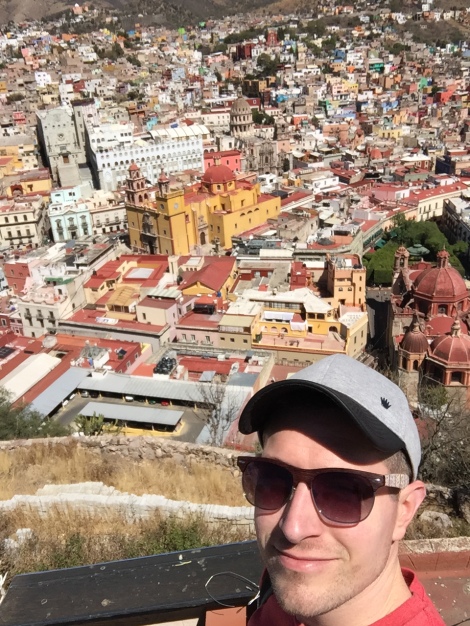 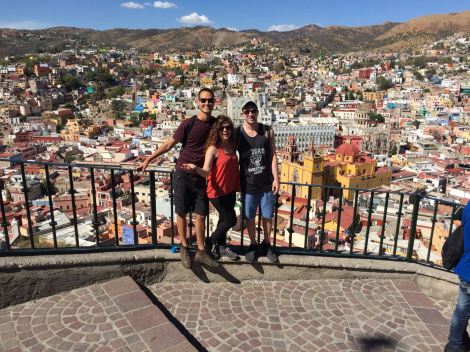 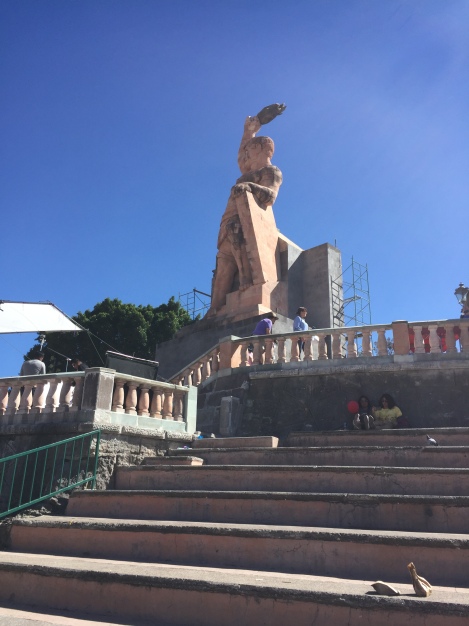 This weird looking statue represents a famous miner who helped overthrow the ruling Spanish during the Mexican War of Independence in 1810. I won’t bore you with the details because, really you’re just coming up here for the awesome view of Guanajuato…

To get to the viewpoint, you can either:

A. Walk about 20 minutes uphill through the narrow streets from the centre

B. Take the funicular which costs 25 pesos each way. 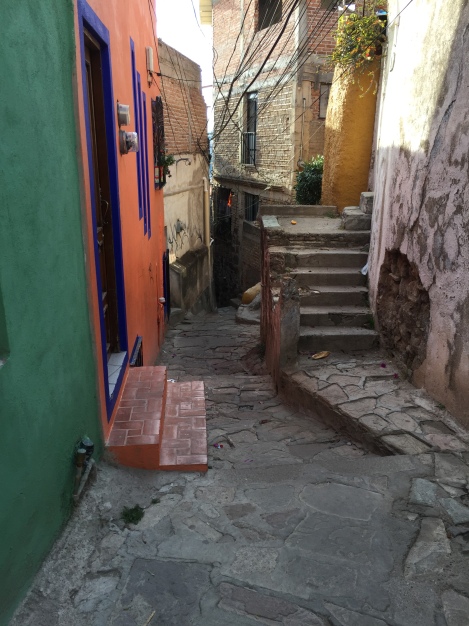 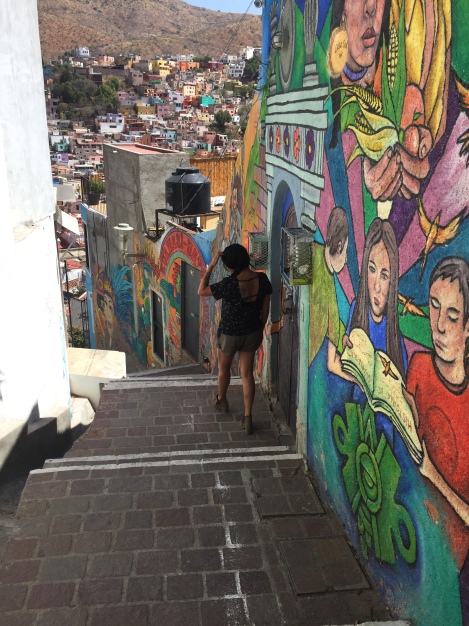 Aside from these three tourist attractions, along with the Callejon de Beso (an overcrowded tourist trap, in my opinion), you simply need to spend your time walking the streets and alleyways to discover the true charm of Guanajuato! 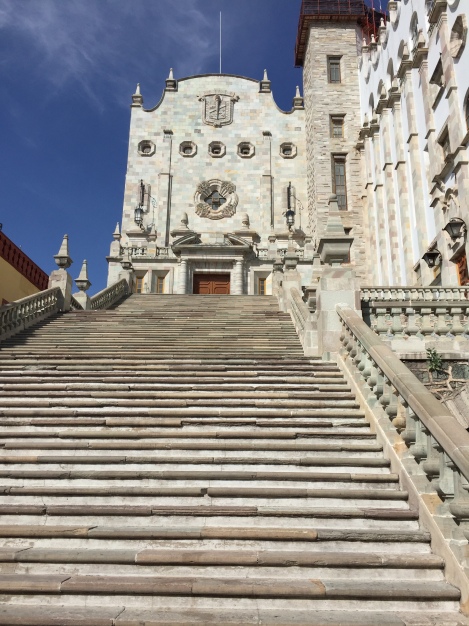 Dating back to 1732, the University of Guanajuato is one of the major landmarks in the city. Nearly 34,000 students from around the world currently study here!

Located an hour bus-ride away from San Miguel de Allende, a popular ex-pat hangout, Guanajuato has seen a major increase in tourism over the past 10 years. A little rougher and more authentic than San Miguel, Guanajuato has been praised for being a traditional Mexican city. However, make no mistake, there is still a prominent ex-pat community and you’ll find plenty of both Mexican and foreign tourists walking the streets.

Usually not this busy, Guanajuato was absolutely packed during Dia de las Flores, part of the Easter celebrations. 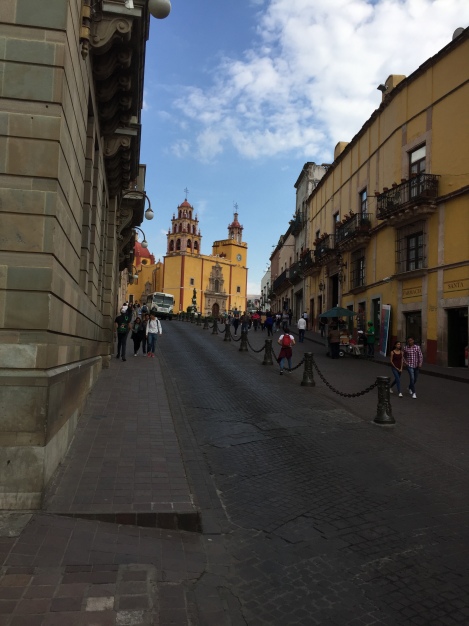 Guanajuato city has a population around 75,000 and the downtown core is quite small. As a tourist you can easily see the main sites in 2 days, however you may want to stay a little longer to explore some of the alleyways and tunnels. There’s a reason so many people call Guanajuato their favourite city in Mexico! 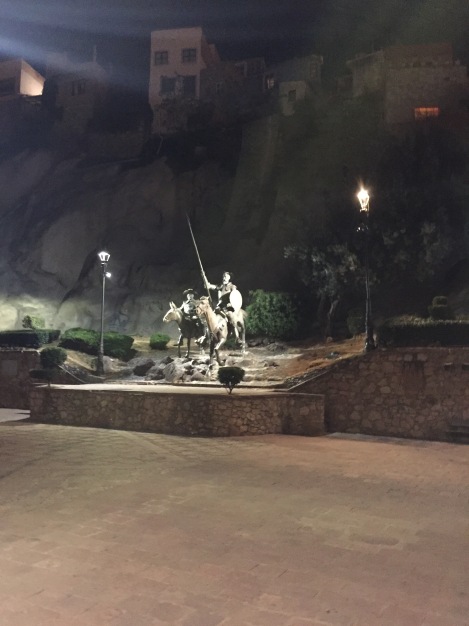 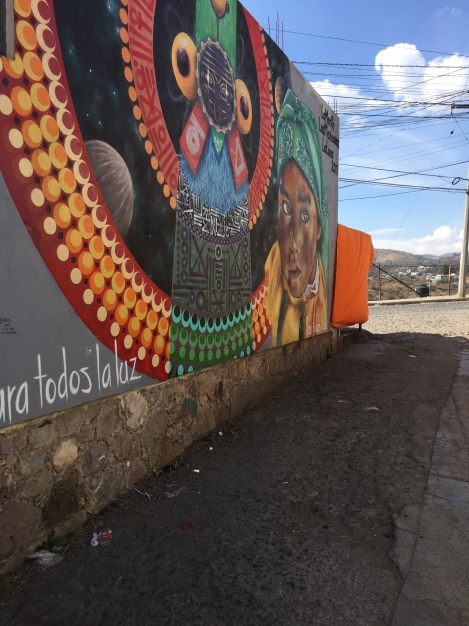 Mercado Hidalgo, a must visit. It’s full of food and souvenirs. 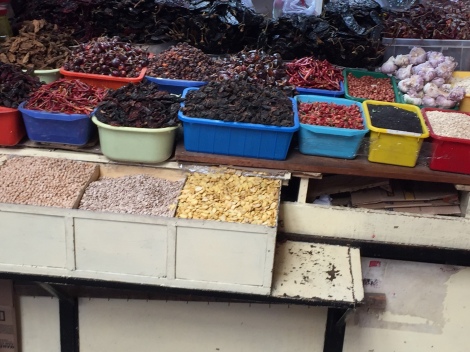 Relatively close to both Guadalajara and Mexico City, Mexico (3-4 hours and 4-5 hours, respectively), Guanajuato should be added to most Mexican travel itineraries. With cheap healthcare, cheap accommodation and all of the tacos you could ever want to eat, this small colourful city is a popular spot for ex-pats and snow birds from Canada and the US.

Come and check it out for yourself!