Located in the Chiapas region in Mexico, the ruins of Palenque are stunning and well worth a visit if you’re in the area. While not as well-known as other famous sites like Tikal, Guatemala and Chichen Itza, Mexico, Palenque is every bit as impressive, if not more!

What makes Palenque completely breathtaking is its setting within the jungle, allowing visitors to hear the constant screeching of howler monkeys as they explore the grounds. As of 2005, the uncovered area was 2.5km² but estimates claim that less than 10% of the city has been excavated. Incredible!

As I mentioned, Palenque is a smaller site than Tikal or Chichen Itza, but it contains some of the finest architecture, carvings and sculptures of any of the old Maya ruins.

A lot of the regions’ history can be deciphered by examining hieroglyphic inscriptions – and Palenque is thought to have existed for more than 1000 years between 226 BC to 799 AD! After the city was abandoned, the jungle simply overtook the buildings, hiding Palenque from the general public until its discovery in 1773.

As you can see, even though the area has been excavated and cleared, the site is still right in the midst of a jungle of cedar, mahogany and sapodilla tress.

Palenque costs 60 pesos ($4 cdn) to enter which is nothing when compared to the other main Maya sites. If you stay in the town, the ruins will require a 30-minute bus ride (10 pesos) to and from the site. The grounds take about 2-2.5 hours to fully explore but make sure to start early (8am open) and bring a change of clothes, as the humidity is pretty overwhelming! 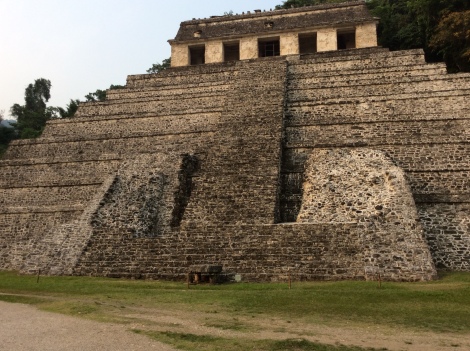 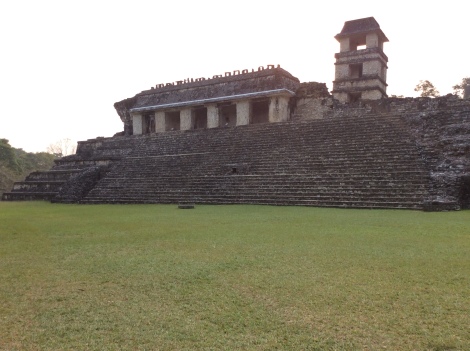 You can see with the increase in hotels that the town of Palenque is starting to become a bit more developed. However, it pales in comparison to Flores (Tikal), Copan (Copan Ruins, Honduras) and any of the cities close to Chichen Itza. Furthermore, the town itself is tiny and you’ll see it all within an hour of arriving.. 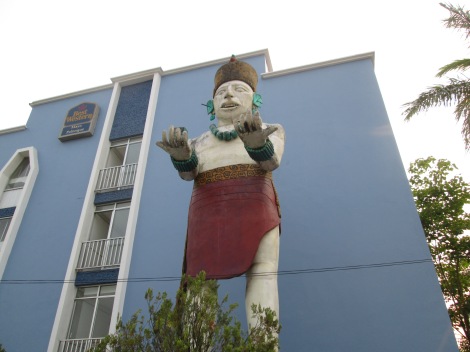 After visiting the main Maya sites; Tikal, Guatemala, Chichen Itza, Mexico, Copan Ruins, Honduras and Teotihuacan, Mexico, I think I’d have to rate Palenque as my favourite of them all. While not as stunningly massive as some of the others, Palenque’s distinct jungle setting is an incredible thing to see. If you’re traveling through the south of Mexico, make sure to plan a few days in this absolute gem of an archeological site!